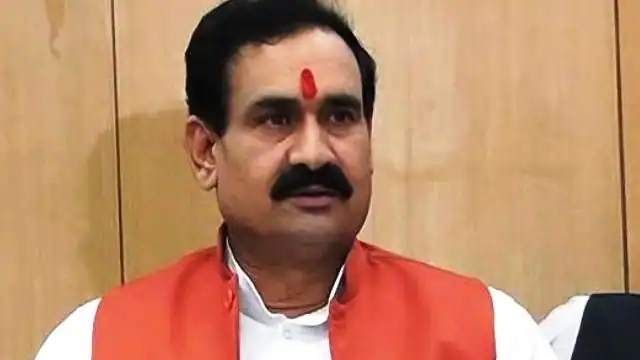 Radicals to be sent straight to jail: Narottam Mishra

Madhya Pradesh Home Minister Dr Narottam Mishra has made it clear that those who disrupt harmony and spread unrest will not be spared. They will be sent straight to jail. Dr Mishra has warned those trying to spread religious hysteria and unrest through social media and said such elements should be prepared to go to jail. Police are keeping a close eye on social media. After the riots in Khargone and Sendhwa, police are keeping an eye on such elements who may be trying to spread unrest.

Speaking to media on Thursday, Mishra said there was peace in Khargone and the situation was under control. The rioters are being identified and prosecuted. No culprit will be spared. The police and the district administration are keeping a close watch on the whole matter. Police personnel have been visiting homes in the storm-hit areas and discussing with the people living there and assured them that adequate security has been put in place. No one will be allowed to cause any trouble. Police are also taking information and resolving the queries of people living in these areas.

The home minister said police were keeping a close watch on elements trying to spread tension after the riots. Such elements are also being prosecuted. Police have also been instructed to keep a close eye on social media. Anyone who posts or comments on social media spreading religious frenzy on Twitter, Facebook, WhatsApp etc. will go straight to jail. Those who disturb the peace of the state will not be spared under any circumstances.

Four days later the curfew was relaxed for two hours

The curfew imposed after the violence on Ram Navami in Khargone was relaxed for two hours only for women on Thursday. Police forces have been deployed in Khargone city for four days and people are not allowed to leave their homes during the curfew. It may be noted that there were incidents of stoning and arson in Sanjay Nagar area during the procession on the day of Ram Navami on Sunday. This was followed by communal violence in the city, which led to a curfew in the city. Of the 101 accused arrested so far in the violence case, 89 have been produced in court and sent to jail. The district administration has used bulldozers to demolish more than 50 houses and shops of rioters.