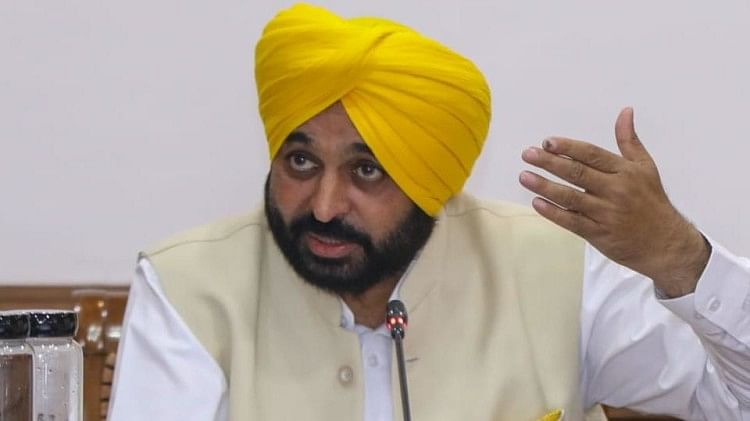 Punjab: Now eyes are on the plan to give 1000 rupees to women, the attention of the government is on this

With the announcement of providing 300 units of free electricity to all sections on Saturday by the Aam Aadmi Party (AAP) government under the leadership of Bhagwant Mann in Punjab, now the eyes of the common people are the second biggest guarantee, more than 18 years. 1000 per month to girls and women of age group. It is believed that it has become necessary for the Mann government to implement this guarantee this year, as the party is preparing to contest the assembly elections to be held in Himachal in November. In such a situation, giving 1000 rupees to the women of Punjab sitting at home will prove to be a trump card for the party to woo the women voters of Himachal.

It is noteworthy that the Bhagwant Mann government will present the annual budget for 2022-23 in the month of June, in which the account of money arrangement for 300 units of free electricity will also have to be given. At present, the Punjab government is spending about Rs 4000 crore as power subsidy, to which about Rs 5000 crore will have to be added for 300 units of free electricity.

Similarly, in the budget, if the state government wants to arrange money for the scheme of giving 1000 rupees monthly to women, then it will get one billion two crore 99000 rupees every month for 1020099 women above the age of 18 years (the latest number of women voters). And in a year, about Rs 1225 crore will have to be arranged.

On the other hand, the previous government of Punjab, which is in debt of about Rs 3 lakh crore, had presented a deficit budget of Rs 24000 crore in its last year. In such a situation, about Rs 10000 crore of electricity subsidy and Rs 1225 crore of the scheme of Rs 1000 to women will prove to be a new and huge burden on the state government.

Among other promises made by the Aam Aadmi Party to the people before the elections, regularization of raw workers, financial compensation to ASHA and Anganwadi workers have also been made, for which a huge amount will be required. At present, the government has not been able to take any major step in that direction by stopping illegal mining, tightening the screws on the liquor mafia and increasing the revenue.

In addition to the ever-increasing salary and pension burden to the government employees, the increasing debt and interest on the state will prove to be a major obstacle in the development plans for the government. According to the data, the total outstanding debt of Punjab as on March 31 was Rs 252880 crore, which is 42 per cent of the GSDP for 2020-21. At the same time, in 2021-22, this outstanding debt is likely to be Rs 273703 crore, which will become 45 percent of GSDP. At present, 20 per cent of the state’s annual budget is spent on repaying the debt and its interest, while the state government is already giving indications of increasing the budget for education in the new budget this year.