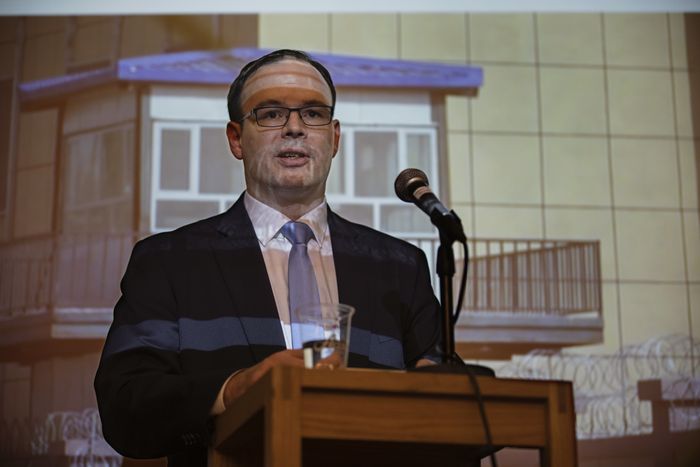 HONG KONG—A pro-Beijing online propaganda campaign has used phony websites and social-media posts to try to discredit a prominent German anthropologist who has investigated China’s crackdown on Muslims, according to cybersecurity researchers.

The activity, which dates to last year and continues, is part of a complex effort to push pro-China narratives using more than 70 suspected inauthentic news websites in 11 languages, all tied to a Chinese public-relations firm, according to a new report. made public Thursday by the US-based cybersecurity firm Mandiant Inc.

There is no evidence linking the activity to the Chinese government, Mandiant said, but the public-relations firm advertised its services as “positive energy packages.” State media in China have used the term “positive energy” to refer to the dissemination through social media of messages that promote Beijing’s views and policies.

To target the anthropologist Adrian Zenz, who has sifted through large numbers of Chinese government documents to illuminate the mass detention and policing of Turkic Muslims in Xinjiang, the campaign manufactured website articles and a December Twitter post. The tweet contained what Mandiant calls three fabricated letters purporting to show Mr. Zenz has received funding for his research from Sen. Marco Rubio (R., Fla.) and Steve Bannon, a former adviser to President Donald Trump.

Several other social-media accounts and websites promoted the letters and referred to the Twitter account, purportedly by a person named Jonas Drosten. The account has since been suspended.

The allegations were then echoed by a purported Swiss news website and in a May article from the state-run newspaper China Daily.

A Twitter spokeswoman said that upon reviewing Mandiant’s report, it suspended a handful of accounts named in it for violating its policies prohibiting manipulation of its platform, spam and the circumventing of bans.

The Chinese public-relations firm Mandiant named, Shanghai Haixun Technology Co., did not immediately respond to a request for comment.

Mr. Zenz, who is now based in the US, did not immediately respond to a request for comment.

The Chinese government has targeted the Xinjiang region’s mostly Muslim ethnic minorities with mass-detention internment camps and omnipresent surveillance as part of a years-long campaign of forced assimilation. China says the campaign is an effort to fight religious extremism and terrorism.

Chinese state-backed online campaigns have in the past spread pro-Beijing messages through a network of thousands of accounts on Western social-media services. Beijing has also taken out advertisements on Facebook purporting to show Muslim ethnic minority Uyghurs thriving in Xinjiang.

The use of a public-relations firm to seed messages on social media and on bogus news websites appears to be a growing trend, said Daniel Kapellmann Zafra, a senior analysis manager at Mandiant.

“The use of infrastructure from a third party is what makes this so interesting,” he said.