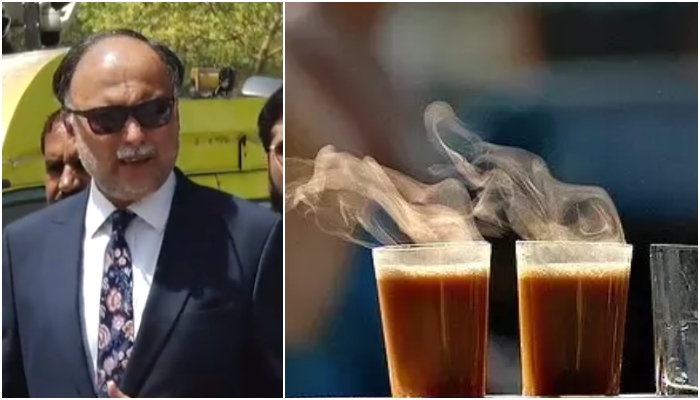 On Wednesday, Pakistani Minister Ahsan Iqbal urged the people of Pakistan to reduce their tea intake to keep the economy afloat. “Pakistan imports tea and for that, it has to borrow money. Until the country becomes independent in tea production, people should avoid all such items, ”the Federal Planning and Development Minister said on June 15.

According to the reports, Pakistan is the world’s largest importer of tea. It imported around $ 60 million worth of tea more than the last fiscal year for which it had apparently borrowed the money. “I appeal to the nation to cut down the consumption of tea by one to two cups because we import tea on loan,” he was quoted.

How easily you asked us for our life. pic.twitter.com/zJE9wWFtXw

The recent economic crisis is a major test for PM Shehbaz Sharif, who replaced Imran Khan in April. Meanwhile, the video of the incident has gone viral over the internet with netizens wondering how cutting down their daily tea consumption would help Pakistan overcome the economic crisis.

One of the users slamming the state for its appeal, said that the Government of Pakistan does not provide tea for free. “Consumers pay for the tea they consume. There’ll be no compromise on Chai, “she tweeted.

Somebody needs to tell Ahsan Iqbal that the consumer pays for the chai they consume. The government doesn’t give it to them for free.
There’ll be no compromise on #Chai#Imported_government_approved

Another mocked Iqbal. Said, “Ahsan Iqbal sahib, we can also try ‘intermediate’ fasting so we just stop eating / drinking all together. So excited with your vision of the future. 500 years ahead of it’s time. Bless you oh savior of mankind ”.

Ahsan Iqbal sahib, we can also try ‘intermediate’ fasting so we just stop eating / drinking all together. So excited with your vision of the future. 500 years ahead of it’s time. Bless you oh savior of mankind. 3 #CostOfLivingCrisis #AhsanIqbal

Pakistan’s foreign exchange reserves accounted for $ 10 billion in the first week of June. The same in February accounted for 16 billion. Reportedly, the Pakistan officials have also cramped the import of non-essential luxury items to save and protect the funds.