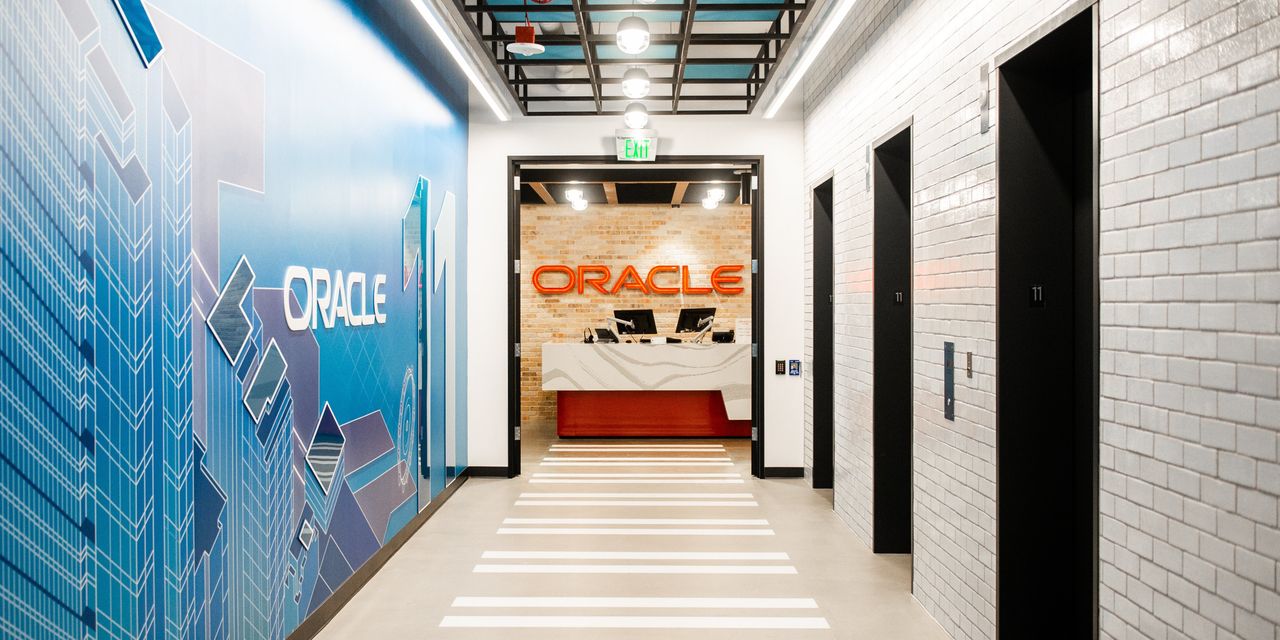 sales rose in the latest quarter, soothing concerns about the business-software giant’s outlook against a backdrop of economic uncertainty affecting technology companies.

The Austin, Texas-based company said companywide revenue was up 5% to $ 11.84 billion in its fiscal fourth quarter, while total cloud revenue grew 19% from a year earlier to $ 2.9 billion. Analysts polled by FactSet expected $ 11.61 billion in total revenue.

The company’s sales growth, particularly in cloud computing, comes after the Covid-19 pandemic prompted more businesses to rapidly digitize their operations. While normal working conditions are slowly being restored as the pandemic eases, Oracle’s results signal how much the importance of digital operations has been elevated.

Chief Executive Safra Catz said the fourth quarter’s revenue growth rate was boosted by an increase in demand for its infrastructure cloud business, with revenue up 36%.

Oracle is the latest tech company to report results in an uncertain economic environment. Salesforce Inc.

in late May tempered its sales outlook for the year because of the uncertainty, including volatile currency rates. Days later, Microsoft Corp.

cut sales and earnings guidance for the current quarter, citing the impact of foreign exchange rates.

Earlier this month, Oracle said it received regulatory approval for its proposed acquisition of electronic-medical-records company Cerner Corp. for roughly $ 28.3 billion. The deal puts Oracle one step closer to having a major presence in an industry that is one of the top drivers of growth for cloud computing.

The company will still be far behind other tech companies including Amazon.com Inc.,

Google when it comes to the cloud. Oracle was slow to move into the cloud. Co-founder Larry Ellison once derided the term before trying to establish the company as a cloud player in recent years.

Mr. Ellison is part of other notable changes taking place in the tech world. He is among those backing Elon Musk’s bid to buy Twitter Inc.

said Friday that Mr. Ellison wouldn’t stand for reelection to its board, which he has been on since December 2018. His term expires this year.