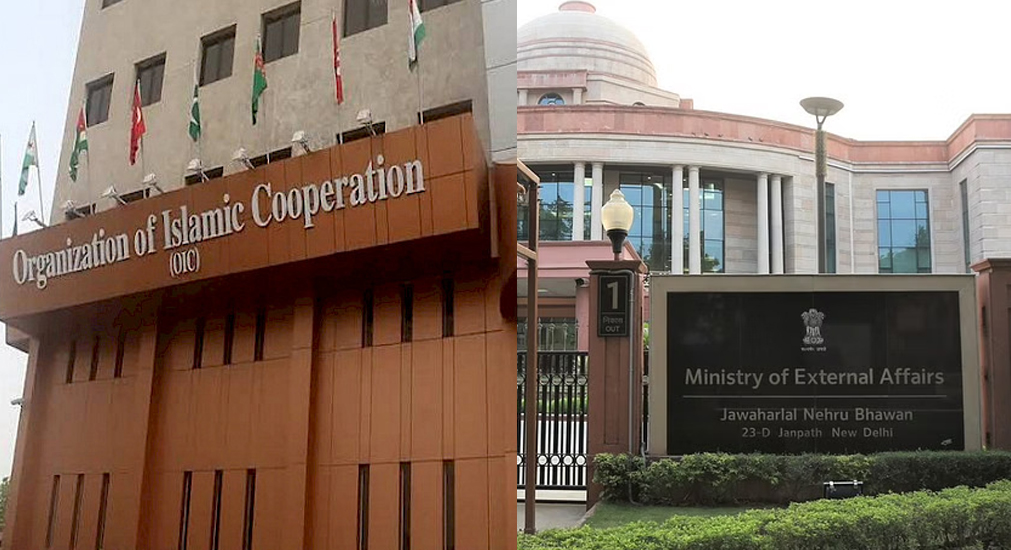 ‘OIC remarks on Jammu and Kashmir reeks of bigotry’: MEA

On 5th August 2022, the ministry of external affairs said that the Organization of Islamic Cooperation (OIC) is driven by a communal agenda that is being pursued through terrorism. India’s external affairs ministry also asserted that OIC general secretariat’s recent press release on Jammu and Kashmir reeks of bigotry.

In response to media queries regarding OIC general secretariat’s recent statement on Jammu & Kashmir, the official spokesperson Arindam Bagchi said, “The statement issued by the General Secretariat of the Organization of Islamic Cooperation (OIC) on Jammu and Kashmir today reeks of bigotry. The Union Territory of Jammu and Kashmir is and will remain an integral and inalienable part of India. As a result of long-awaited changes three years ago, it today reaps the benefits of socio-economic growth and development.”

He further said, “The OIC General Secretariat, however, continues to issue statements on Jammu and Kashmir at the behest of a serial violator of human rights and notorious promoter of cross-border, regional, and international terrorism. Such statements only expose the OIC as an organization devoted to a communal agenda being pursued through terrorism.”

It is notable that 5th August 2022 marked the third anniversary of the abrogation of articles 370 and 35A of the Indian Constitution by the Indian government. These articles had provided special status to Jammu and Kashmir keeping it isolated from the rest of India. OIC general secretariat issued a press release on this occasion.

In this press release, the OIC general secretariat said, “August 5, 2022, marks the third anniversary of the illegal and unilateral actions taken in the Indian Illegally Occupied Jammu and Kashmir, which were followed by additional unlawful measures including illegal demographic changes. Such illegal actions can neither alter the disputed status of Jammu and Kashmir nor prejudice the legitimate right to self-determination of the Kashmiri people.”

It further said, “Recalling the resolutions of the Islamic Summit and Council of Foreign Ministers on Jammu and Kashmir, the General Secretariat reaffirms the OIC’s solidarity with the Kashmiri people in the realization of their inalienable right to self-determination. It calls for the respect of their fundamental freedoms and basic human rights and for the reversal of all illegal and unilateral measures taken on or after 5 August 2019.”

The press released by the OIC general secretariat added, “The General Secretariat reiterates its call on the international community to take concrete steps for the resolution of the Jammu and Kashmir dispute in accordance with the relevant UN Security Council resolutions.”