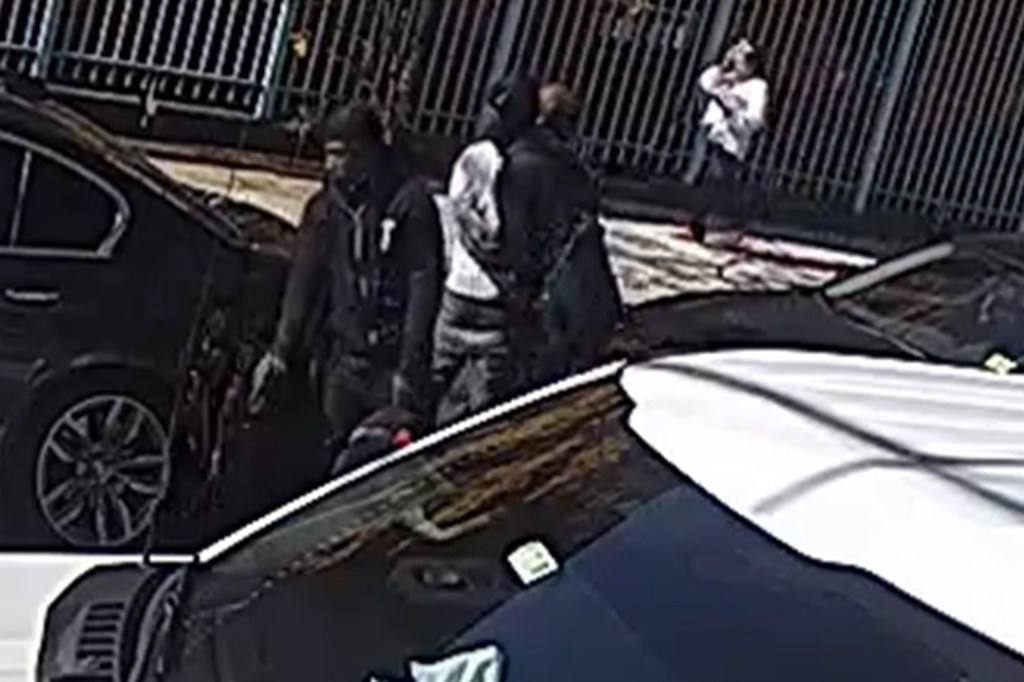 The NYPD is hunting for armed criminals who have been linked to at least four carjackings in Brooklyn and Queens over the past month involving staged fender-benders.

Police released surveillance video Wednesday from the latest incident, which took place at 12:30 pm on Oct. 27 at the intersection of Atlantic Ave. and Hendrix Street in Brooklyn.

According to the cops, a 40-year-old man was driving a 2017 gray BMW when a black sedan deliberately rear-ended his vehicle, as seen in the newly released footage.

As soon as the BMW driver stepped out of the car, he was confronted by men dressed in all black who threatened him with a gun before fleeing in the two cars. The victim was not injured.

The first carjacking attributed to this crew took place just before 5 am on Oct. 15 at the intersection of 194th St. and 112th Ave. in the St. Albans section of Queens. A 27-year-old man was driving a 2013 gray Ford when a white Toyota, following closely behind, rear-ended his car, police said.

When the Ford driver got out of his car, he was confronted by armed men who jumped out of the Toyota. They flashed a gun at him and then took off in their car and the man’s Ford.


When the victim got out of his vehicle, he was punched and kicked by several suspects who stole his SUV, leaving him behind, according to police.

When the victim got out of his sedan, the Infiniti’s two occupants beat him up, slashed him across the body and stole his phone before speeding away in the two cars.

The 52-year-old man was taken to a hospital in stable condition.

So far, no arrests have been made in any of the carjackings. Police released the video from the latest incident in Brooklyn in hopes of generating leads.