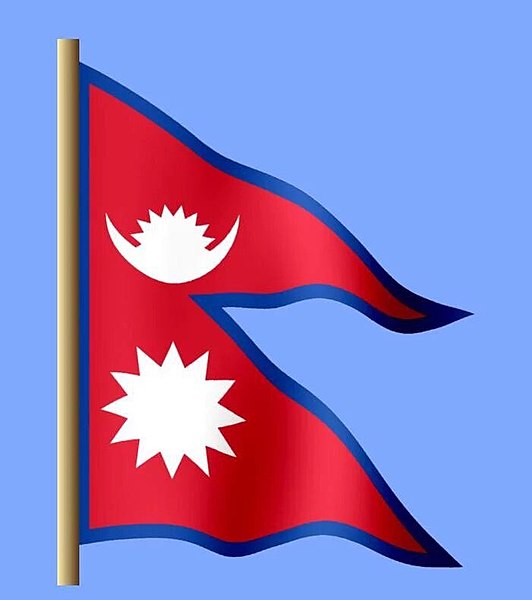 Nepal’s Mismanagement and the Covid Crisis – The Geopolitics

The first case of Covid-19 in Nepal was confirmed on Jan. 23, 2020. Since then, Nepal has seen the worst health crisis, the change of governments, and the failure of policies. The former government had put in the first lockdown in April 2020 with impediments to the transmission of the virus in the country, which followed further policy measures in the coming months. However, the pandemic was not the only crisis that the citizens of Nepal faced. During the peak of waves and lack of resources, the government of Nepal received Covid funds from various countries and organizations around the world. However, the real challenge lied in utilizing the funds appropriately and rising above the corruption and internal political and economic tussle in the country.

The fear of misappropriation of Covid funds by the Nepal Government can be traced back to the socio-economic crisis which Nepal faced during the 2015 Earthquake. Nepal had received over $ 4 billion USD of donations as a humanitarian response to the destruction caused by the earthquake and yet the allegations of inefficiency, corruption, marginalization of communities and violation of human rights. plagued the recovery of Nepal. With the history of mismanagement and crises, just as the infrastructural facilities, the political crisis and the economy progressed on the path of recovery, the pandemic hit the country in the worst possible way.

With the advent of the first wave, Nepal received the approval of 29 million USD from the World Bank as a part of the ‘COVID-19 Emergency Response and Health Systems Preparedness Project’. Further, the European Union provided an aid package of 75 million Euros to Nepal in April 2020 and the IMF approved The disbursement of $ 214 million USD under the Rapid Credit Facility as an emergency financial help to Nepal in May 2020. These funds were provided to Nepal during the first wave. Even though the funds were provided, the healthcare system was still trembling and people faced a lack of oxygen, hospital beds, and other essentials with no response from the government. The citizens of Nepal suffered twice, first through the pandemic and then through government apathy. Further, the irregularities and involvement of government officials in mismanagement and scams regarding the procurement of medical equipment came into the picture which showed exploitation. The government’s apathy led to the protest by the youth in June. The protesters demanded the accounts of Rs. 10 billion NPR that the government reportedly spent against the pandemic and accused the government of inefficiency to support micro-business during the lockdown. The condition was such that the lack of primary facilities led to the schools being ad hoc isolation centers where there was no cooking, bathing and other primary facilities. Due to the death of several volunteers and the public rage, the government decided to bring in the Nepalese army to procure the Covid essentials. However, this decision itself was widely criticized by the Health Ministry of Nepal itself as it further politicized the army and peddled corruption, which was beyond the jurisdiction of Nepal’s anti-corruption watchdog.

With the internal political and economic turmoil, the GDP of Nepal had a growth rate of -2.1% and peak unemployment. As the political tussle among the ministers of the government was going on, Nepal further received foreign aid to tackle the second wave of the Pandemic. Nepal received around 8 2.85 million USD from the US Indo Pacific Command, $ 51 million USD from USAID and 13.8 million doses of vaccine from China. Further, organizations such as Temasek Foundation, and Lotus Life Foundation of Singapore also donated essential medical supplies. In addition to this, Nepal was continuously receiving monetary aid and a gift from different countries including India, China, Switzerland, Australia, Germany and France. The question which arises here is that with such substantial aid from around the world, why did Nepal still have a shortage of facilities and is on its way to an economic depression.

Government Policies and What Happened During the Pandemic

The young Constitution of Nepal does not mention anything about the management of pandemics and the distribution of powers among the three levels of government. Therefore, the government had established an 11-member committee led by the Deputy Prime Minister. This COVID-19 Prevention and Control High-Level Coordination Committee (HLCC) had the absolute power to take any action to prevent the spread of the pandemic. As this committee excluded the stakeholders from the ground level, a new committee called the COVID-19 Crisis Management Center (CCMC) was formed within a month to replace HLCC. However, the exclusion of the stakeholders from the local bodies created a hierarchy which led to questions about the federal structure functioning in Nepal.

Having adopted the federal structure only in 2015, it was very much visible that the government opted to go towards the traditional unitary way to address the pandemic. The inefficiency in substantially dispersing the fund, exclusion of the local government and corruption in the procurement of medical essentials and vaccines led to their downfall. The research done by the International Growth Center on the federal structure of Nepal during the pandemic shows the vulnerabilities of the system regarding the coordination in the vertical structure and how the fiscal policies failed. For the procurement of vaccines too, the government was dependent on its neighboring nations. The alleged involvement of agents and change in prices of vaccines to be procured from the Serum Institute of India resulted in another vaccine disaster. The failure of the state to provide stability in times of a pandemic has resulted in a heavy cost for the citizens.

Currently, the national debt of Nepal amounts to 13.61 billion USD and it has further took a loan of $ 18 million USD from the World Bank. The Asian Development Bank too has provided a concessional loan of $ 165 million USD and IMF approved a 38-month arrangement of Extended Credit Facility (ECF) for Nepal with an amount of 395.5 million in January 2022. The government has taken these loans in the name of post-pandemic recovery. With such a huge amount of loan, the new government further, confirmed the $ 500 million USD aid from the US Millennium Corporation Challenge amid the protest in Nepal’s Parliament. Nepal is on its way to a deep political tussle both internationally and domestically. The MCC pact has put Nepal in a sensitive position with respect to its affiliations with China and India. With BRI and BIMSTEC being the organizations to connect these countries, Nepal may face economic and political repercussions.

The political turmoil, mismanagement of the pandemic, the economic crisis and the heavy loans have led to the inference of Nepal going the Sri Lanka way and meeting the same fate as Sri Lanka. It is high time that Nepal takes some damage control measures to assure its citizens of a hopeful future. The government now has the onus to maintain amicable foreign relations and act in furtherance of the long-term interests of Nepal. It also needs to bring in a more transparent mechanism with citizen-centric, following the Bottom-Top approach in governance. Most importantly, it needs to be answerable to its citizens regarding the utilization of funds, the expenditure, and repayment of loans bypassing the corruption present in the system. For, Nepal is standing at the crossing line of a governance crisis with only a few unsound decisions away from disaster.