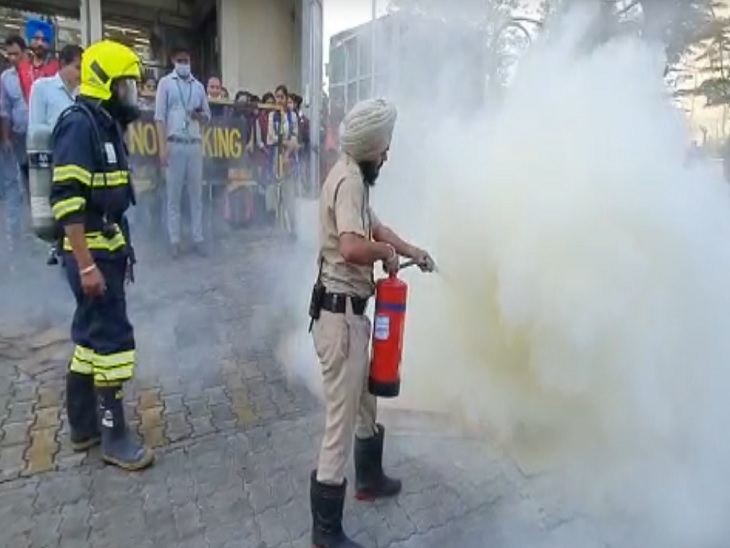 Massive ‘fire’ at D-Mart in Amritsar: Over 10 people rescued in 30 minutes; Staff also learned to extinguish the fire

Fire brigade vehicles suddenly reached D-Mart on Lawrence Road in Amritsar district of Punjab on Sunday morning. Firefighters immediately went inside and rescued the people. The team of health department was also present to coordinate with the fire brigade. For some time people could not understand what had happened. There was a similar noise in the surrounding areas that there was a fire in D-Mart. Later the staff clarified that it was a mock drill.

Fire brigade officer Anil Luthra said that D-mort is a busy place. People come here daily in large numbers. That’s why mock drill was done here, so that the loss of life and property can be minimized at the time of any untoward incident. The teams of fire brigade as well as the team of D-Mart also cooperated and they have been briefed about the methods of extinguishing the fire, so that they can control the fire.

Awareness week being celebrated from 14 to 20 April

Anil Luthra said that from April 14 to 20, the Fire Brigade Department is celebrating Awareness Week. In 1944 there was an accident in Mumbai. A fire broke out in a ship arriving at Mumbai Port. This ship had ammunition. 600 fire brigade personnel were martyred while dousing the fire. This week is celebrated in his memory.