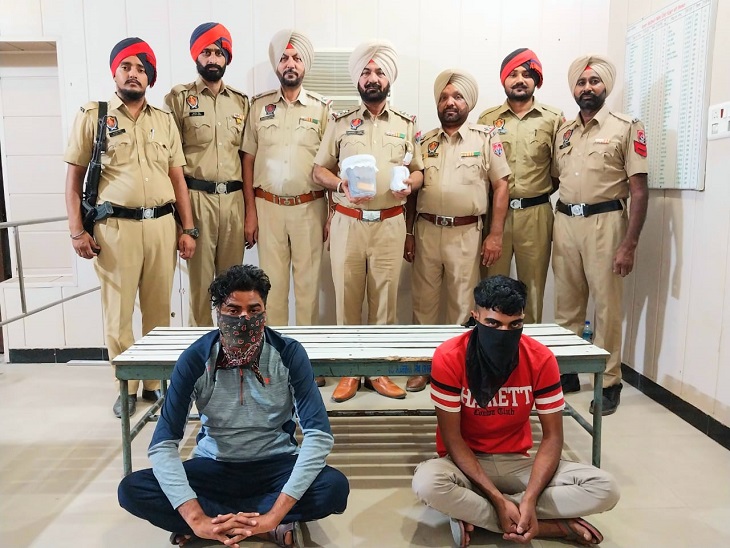 The countryside police have arrested three drug smugglers in different cases in Lohian on Wednesday. Heroin and Bhukki have been recovered from their possession. Police also recovered pistols and live cartridges from two smugglers caught with heroin.

DSP Shahkot Jaswinder Singh said that ASI Jaspal Singh, under the leadership of SHO Lohiyan Sukhdev Singh, along with the police party had blocked the highway near Toll Plada Giddarpindi. A truck number PB-11C-0709 came at the block. When the police stopped him and searched him, the police found Bhukki from the tires of the truck.

Truck driver caught with half a quintal of Bhukki

When the police took out the Bhukki from the tires and measured it on the spot, it turned out to be 55.200 kg. The driver of the truck, identified as Rajinder alias Vicky, a resident of Dhaka Basti (Sanjay Nagar), Makkhu district, Ferozepur, has been arrested by the police. A minor riding on the conductor seat in the truck, who identified his name as Sahil Kumar, son of Sanjeev Kumar, resident of Dhaka Basti (Sanjay Nagar), Makhu district, Ferozepur has also been arrested. Police have registered a case against both of them under the Prevention of Drugs Act.

Giving information that in another case in which two people have been arrested with heroin and pistol, DSP Jaswinder Singh said that police station in-charge Sukhdev Singh had received information that two youths were riding in a car from Kapurthala and were taking drugs.

On the basis of information, the station in-charge put up a blockade. When the police signaled the car number DL-3C-5881 to stop, the car drivers tried to run away, but when the police overpowered the car and searched the people in it, 100 grams of expensive heroin was recovered from their possession. Happened. Police recovered one pistol 32 bore, one live cartridge and one cartridge 7.65 mm from their possession.

The DSP said that the arrested accused have been identified as Kulwinder Singh alias Meet son Gurwinder Singh and Mangal Singh alias Babbu son Kala Singh, residents of village Channa Sher Singh (Talwandi Choudhary) under Kapurthala district. A case has been registered against them under the NDPS as well as the Arms Act at the police station Lohian.