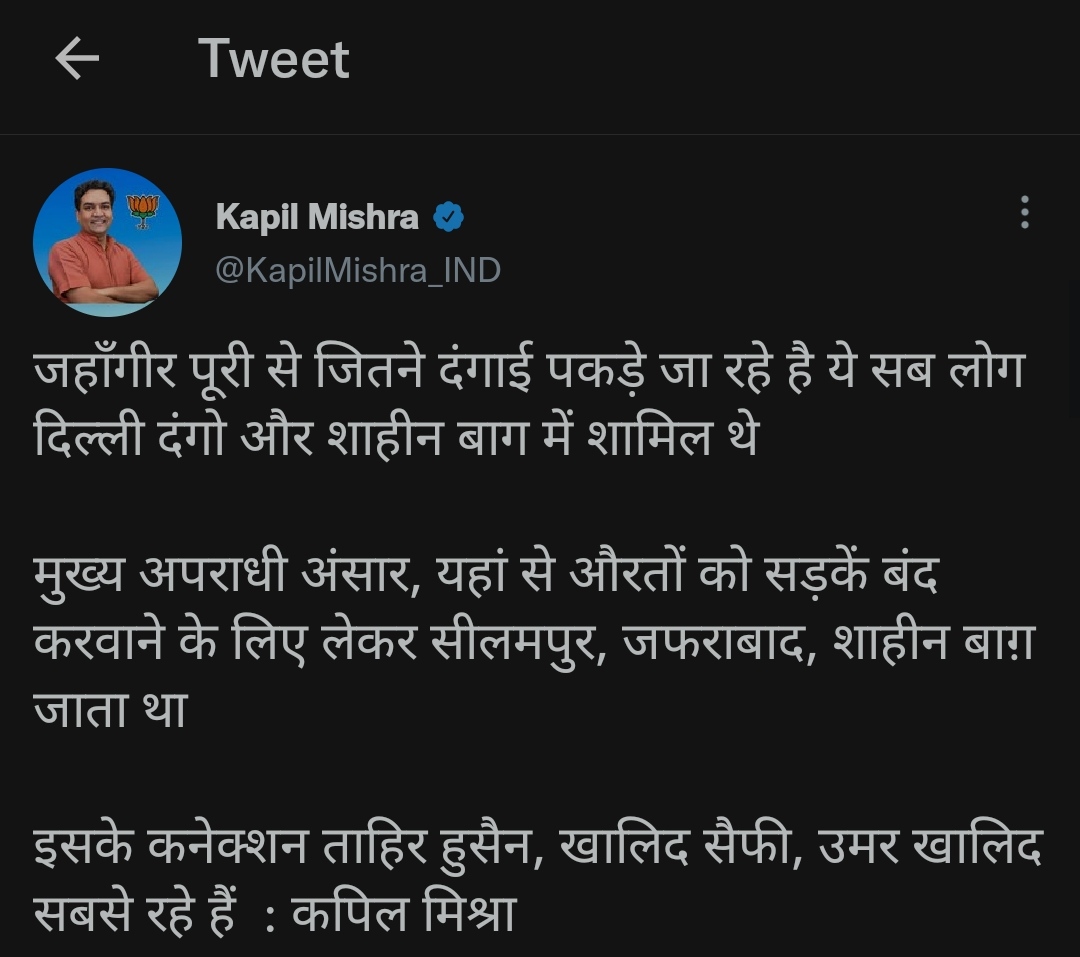 BJP leader Kapil Mishra has made a big statement about the mastermind of rioting by throwing stones and firing on Hanuman’s birth anniversary in Delhi’s Jahangirpuri.

BJP leader Kapil Mishra has linked Mohammad Ansar to the masterminds of the Delhi riots and accused Tahir Hussain, Khalid Saifi and Umar Khalid. Along with this, Kapil Mishra also said that Mohammad Ansar was gathering a crowd from Jahangirpuri and taking it to Shaheen Bagh in protest of CAA.

Kapil Mishra tweeted that all the rioters being caught from Jahangir Puri were involved in the Delhi riots and Shaheen Bagh. The main culprit Ansar was taking women to Silampur, Zafarabad, Shaheen Bagh and blocking roads from here. His connections Tahir Hussain, Khalid Saifi, Umar Khalid have been the most.

On April 16, Kapil Mishra also said that the stoning of the procession was a terrorist attack. All illegal immigrants should have their papers checked and removed immediately. The stoning of a procession on Hanuman’s birth anniversary was not a coincidence but an experiment.

Let us inform you that on April 16, people marching on the occasion of Hanuman Janmotsav in Jahangirpuri, Delhi were stoned and shot by the Muslim party. Policemen were also injured in the stoning. So far 15 people have been arrested in the case.