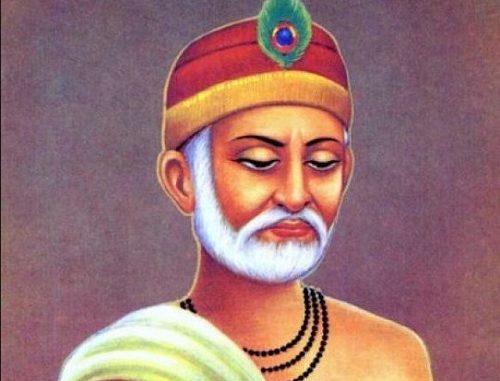 Kabir is not just a person, he is a holistic philosopher

Kabir is not a person but a holistic philosophy. A way of thinking that boasts of “Vibhu in Anu” and “Sagar in Gagar”. Sant Kabir’s verses and anecdotes have the potential to say a lot in short. His main subject is the philosophy of spirituality. He has explained the mysteries of Vedanta very efficiently in vernacular through his posts. How can one reach the pinnacle of greatness in a poor weaver’s family; This can be easily learned from the personality of Mahatma Kabir. In Kabir literature, where the elements of Vedanta are found in the mysteries of knowledge, maya, love and asceticism, there is also an intense shout of social reform. The voice of this great sage of philosophy shows vocal opposition against superstitions and evils. The upliftment of public life was his life practice.

Kabir’s era was the era of social inequalities, the era of foreign invaders. He was born with the light of his knowledge in the medieval blind age. He was born on the first full moon day of Vikram Samvat 1455 in a place called Lahartara of Kashi. In his time, Alexander Lodi ruled. Innocent people were brutally tortured during the Mughal rule. The contractors of religion were promoting superstition. With his sharp blows, Kabir had shattered the appearance of both pandas and clerics. The sharp and unmistakable satire of Kabir’s voice fully meets the test of pure intellect. They say –

Despite the sharp blows, Kabir’s tone does not show any sign of rebellion, inferiority, hatred, conceit and animosity. There is a confidence in his voice to keep his soul pure in the midst of all oddities. Only then do those Sur Nar Munis challenge all spiritual purity and say-

Kabir’s contemplation reflects the profound influence of the Upanishads’ thoughts on “maya”. Just as Acharya Shankara advises the seekers of Atmapath to be detached from worldly greed by saying “maya maha thagini” Keeps wandering ignorantly-

Kabir says that maya confuses the intellect and creates a sense of duality in the jivatma-paramatma. It has five sons named Kama, Krodh, Mada, Moha and Matsar who persecute worldly beings in various ways. Their effect is so deep that even after the demise of the body, their rites do not end. Only Guru Kripa can save us from the snare of Maya. That is why he invoked the Guru by saying “Balihari Guru Aapne Jin Govind Diyo Batay” to the Guru even higher than God. It will be interesting to know that Kabir & # 39; s guru Acharya Ramananda was a worshiper of Saguna Rama while Kabir & # 39; s indestructible Rama; Like the Parabrahm of Vedanta, Agam, Agochar, Aroop, Anam, Nirakar and Niranjan. He assimilated the philosophy of monotheism and maya from Vedanta; Adopted Yoga Sadhana and Hatha Yoga of Siddhas and Nath Yogis and non-violence and “attainment” from Vaishnavism. Thus Kabir embraced “Saar-Saar” and blew away whatever “Thotha” felt. Explaining the essence of Rama element, he further says-

The musk horoscope is settled, the deer is found.
There is such and such Ram, the world does not see.

Their “Ram” is as subtle as the fragrance of musk and has its abode in every difference but ignorant man is looking for them in forests and caves. His sensitive mind groans when it sees the pain of the world entangled in the trap of delusion-

Kabira cried when he saw the moving mill.
Do not leave the whole between the two roofs.

Devotee Kabir’s couplets are similar to “Sagar in Gagar”. They have wonderful teaching, extraordinary morality and instinctive inspiration. By bringing these life sutras of Sant Kabir to life, one can live a life of peace and contentment. They say –

What I saw was bad, I didn’t find anything bad.
Whoever finds your heart, do not be worse than me.

Teaching patience and restraint, Saint Kabir inspires man to remain hopeful. They say that with patience, everything is possible. Just like a gardener irrigates a tree with a hundred jugs of water every day, but the fruit will be in it only when the favorable season comes.

Slow down, slowly, everything will happen.
The gardener irrigates a hundred pitchers, the season is fruitful.

Kabir’s sense of public welfare makes him special. They just want the best for everyone in their lives –

Kabira is standing in the market, asking for everyone’s well-being.
No friendship with Kahu, no hatred with Kahu.

Uncontrolled worldly desires and worries are the root of suffering. Who conquered these desires; In fact he is the king of this world-

Acharya Hazari Prasad Dwivedi did not call Kabir a “dictator of speech” for no reason. Truly his expressive power and his way of presenting mysticism through simple words is unique. Kabir is the name of a deep experience, in which everything fits. Kabir is a samadhi, where all is resolved. Kabir is like the chirping Ganga which can flow but cannot stay and cannot fit in one ghat. Kabir’s motion is from the perimeter to the center and the state is like that of the cosmos, which contains all and which is in all. Their inversions are unique. Words are invaluable which cannot be confined to the intellect.