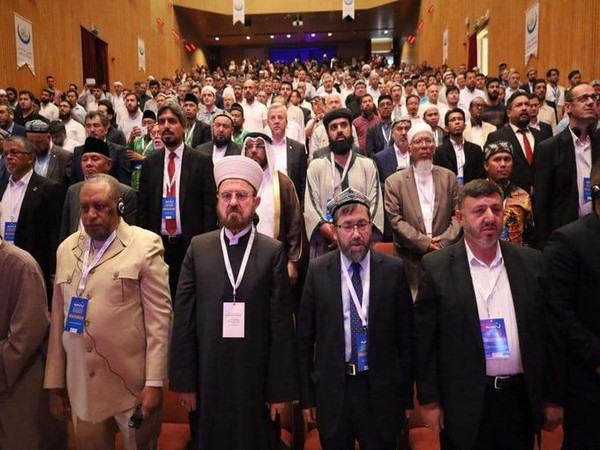 Islamic scholars take to the field against Uighur oppression

The persecution of Uighurs in China’s Xinjiang province has been confirmed more than once. Documentary evidence of this has also been coming to light. There are torture centers where thousands of Uighurs are being held captive. Women and children are subjected to various forms of torture. Recently, the UN High Commissioner for Human Rights himself visited Xinjiang and conducted a detailed inspection in this regard.

Today, China is known as a country trying to erase the identity of Uighurs and other minority communities. The Muslim countries of the world, including Pakistan, may be silent on this oppression of Uyghurs, given the strength of China, but the Center for Uyghur Studies, an organization working for Uyghurs, has been trying to live an unrecognized life in Xinjiang. The voices of Uighurs forced to endure torture could resonate all over the world.

As part of this effort, Islamic scholars gathered at an international conference in Istanbul. The purpose of the conference, which took place earlier in the week, was to show solidarity with the Uighurs and to show their opposition to the Chinese Communist Party.

According to the Singapore Post, China is still working to eradicate the cultural and religious identity of the Uighur minority in Xinjiang and the Tibetans in Tibet. The report also states that the soot on the face of the Chinese Communist Party is not hidden from anyone in the context of the repression of Uighurs in Xinjiang. Those who try to escape from the torture centers are shot dead. In order not to increase the population of Uyghurs, women are sterilized and children are separated from the family and Chinese methods are taught. It’s all like genocide.

The same is true of Tibet. Since its illegal occupation in the 1950s, China has pursued a policy of erasing its special identity and culture. China has now imposed Mandarin language in these two provinces.

Islamic scholars in Istanbul discussed some of these points in detail. For this, Islamic intellectuals from all over the world had arrived in Turkey. The Center for Uyghur Studies tweeted that the purpose of these Islamic intellectuals is to garner support for Xinjiang’s minorities. The Uyghurs are a predominantly Muslim minority Turk ethnic group.