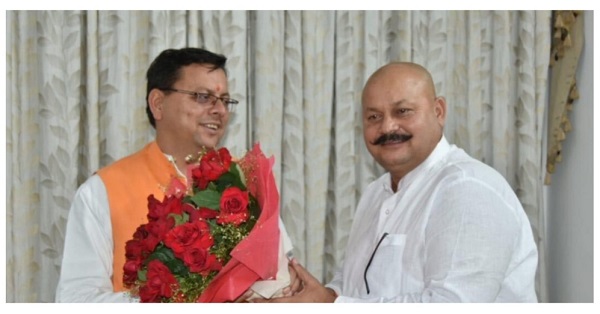 Is Uttarakhand Congress heading towards Partition?

In the capital, there is a possibility of rebellion in the Congress regarding the new President and Leader of Opposition of the State Congress. According to the information, out of 19 Congress MLAs, 10 are playing the bugle of rebellion. The Congress High Command made Karan Mehra, the defeated MLA from Ranikhet, as the new state president, whereas six months ago, the election was contested under his leadership by making Ganesh Godiyal the president. Congress also removed former party president and Leader of Opposition Pritam Singh and made Dalit leader Yashpal Arya, who came to Congress from BJP, as the opposition party. Along with them Bhuvan Kapri, who defeated CM Dhami, has been made Deputy Leader of Opposition.

As soon as these two were appointed, there was an earthquake inside the Congress. Dwarahat MLA Madan Bisht, Dharchula MLA Harish Dhami and former Leader of Opposition Pritam Singh openly made serious allegations against state Congress in-charge Devendra Yadav and also threatened to resign. Congress made all three nominations from Kumaun, due to which the displeasure among the MLAs and big leaders of Garhwal increased even more.

Party in-charge Devendra Yadav held the big leaders of the state responsible for factionalism in the party, on which senior leader Pritam Singh on the contrary accused Mr. Yadav of spreading factionalism and blamed the Congress for the defeat in the state. It is reported that a group of ten Congress MLAs has rebelled in the Congress. It is being told that this faction is also in touch with BJP. Such a signal was received when senior Congress MLA Pritam Singh met Chief Minister Pushkar Singh Dhami, after which Dharchula MLA Harish Dhami also talked about giving up his seat for Pushkar Singh Dhami, he also said that now he will not be able to stay in Congress .

It is reported that a meeting of ten angry Congress MLAs is going to be held in Dehradun late tonight. Among them the names of Khushal Adhikari, Mamta Rakesh, Mayukh Mehar, Manoj Tiwari, Madan Bisht, Vikram Negi, Rajendra Bhandari, Pritam Singh and Harish Dhami are being discussed. On the other hand, new Congress President Karan Mehra says that everything is fine in the party, most of the talk is happening.

Congress Leader of Opposition Yashpal Arya met former Leader of Opposition Pritam Singh and other leaders including Congress leader Harish Rawat and tried to give a message to the media that everything is fine, but today the voices of rebellion in the Congress intensified. Uttarakhand Chief Minister Pushkar Singh Dhami has to contest his by-election, earlier six BJP MLAs had offered to give up their seats for him, now Congress MLAs are also eager to give up their seats for him.

Seeing the manner in which the voices of rebellion are rising in the Congress, it seems that in a day or two, the rebel MLAs of the Congress should not separate their camp from the party line. On the other hand, senior Congress leader Harish Rawat has gone to Delhi. It is believed that he will discuss the displeasure of the MLAs with the High Command. But political critics also believe that all three are close to Mr. Rawat in the new appointments, so there is dissatisfaction among the MLAs against him. The front is coming. However, the Congress seems to be going into the phase of decline again in Uttarakhand.