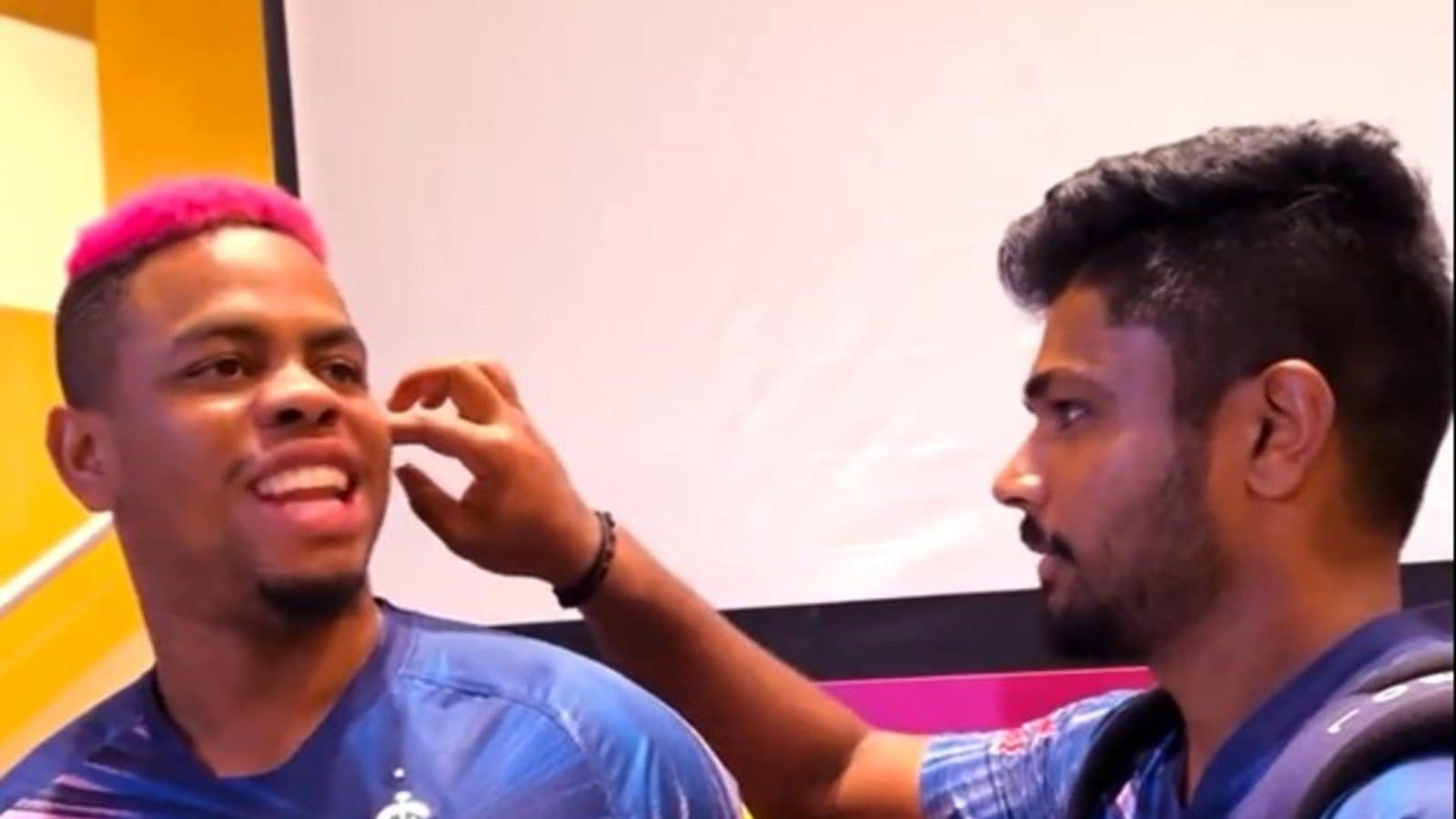 Rajasthan Royals players celebrated Shimron Hetmyer’s fiancée Nirvani’s birthday after scripting a seven-run win in a thrilling contest against Kolkata Knight Riders on April 18. In a 43-second video posted by the Rajasthan franchise on their social media account, skipper Sanju Samson, Riyan Parag and other players can be seen having fun and celebrating together. Rajasthan captain Samson was seen putting pieces of cake in Hetmyer’s ear and in response to the West Indies batter could be seen complaining.

The 25-year-old hitter has been in fine form in the ongoing season of the IPL. He has till now scored 223 runs in six matches at an impressive average of 74.33. Hetmyer’s strike rate is 179.83.

The southpaw’s solitary half-century in IPL 2022 appeared against Lucknow Super Giants on April 10. Hetmyer had scored 59 runs (not out) off 36 balls in that match. Batting first, Rajasthan had scored 165 runs losing six wickets in 20 overs. In reply, the KL Rahul-led side could reach only 162 runs in 20 overs.

Celebrating birthdays of near and dear ones – it’s a #RoyalsFamily thing.

Coming back to the match against Kolkata Knight Riders, the Rajasthan-based team posted a mammoth total of 217 runs losing five wickets in 20 overs. Englishman Jos Buttler notched a brilliant century as he went on to score 103 runs off 61 balls. His involved of 9 boundaries and 5 sixes. Later, Hetmyer scored a quickfire 26 (not out) off 13 balls to help his side in reaching a huge total.

In reply, Kolkata skipper Shreyas Iyer (85 runs off 51 balls) and Aaron Finch (58 runs off 28 deliveries) notched a solid partnership of 107 runs off 53 balls. But their crucial partnership eventually turned out to be inconsequential as Kolkata could manage to score only 210 runs.

Rajasthan currently find themselves at third spot (eight points) in the IPL standings. They have won four matches and lost two games till now. On the other hand, Kolkata Knight Riders are currently placed at the sixth position on the points table.

Rajasthan Royals will next face Delhi Capitals on Friday at the Maharashtra Cricket Association Stadium in Pune.