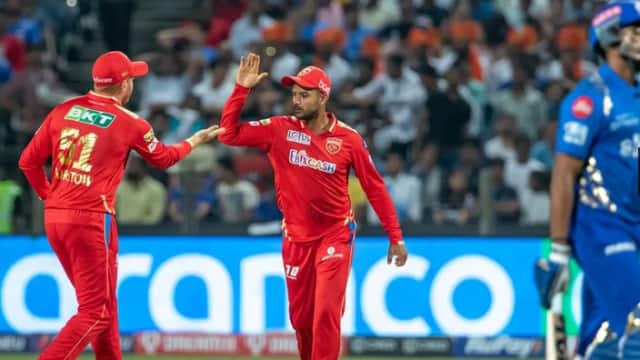 Struggling with poor form, Mumbai Indians were once again disappointed by their batsmen. Punjab Kings defeated him by 12 runs on Wednesday, which was the fifth consecutive defeat for Rohit Sharma’s team. The target of 199 for victory seemed easy when young Devald Brevis (49 off 25 balls) and NT Tilak Verma (36 off 20 balls) were at the crease. Punjab bowlers, however, restricted Mumbai to 186 for nine in 20 overs.

Mumbai will now need to win eight out of nine matches to avoid elimination and it looks impossible considering their weak bowling. The only positive for Mumbai was the batting of Brevis. He did not spare any bowler from Punjab. Brevis, popularly known as ‘Baby AB’, also took 29 runs in an over. He missed the half-century by just one run.

At the other end, Tilak also left a mark of his performance. He played 6 with Brevis. Partnered for 84 runs in 5 overs, but after the dismissal of both, the match again went out of Mumbai’s JD. Suryakumar Yadav scored 43 runs in 30 balls while Kieron Pollard added 10 runs in 11 balls. Mumbai needed 33 runs in the last three overs but Kagiso Rabada dismissed Surya in the 19th over, ending Mumbai’s true hopes.

Earlier, Punjab Kings scored 198 for five with the help of half-centuries from captain Mayank Agarwal and veteran Shikhar Dhawan.