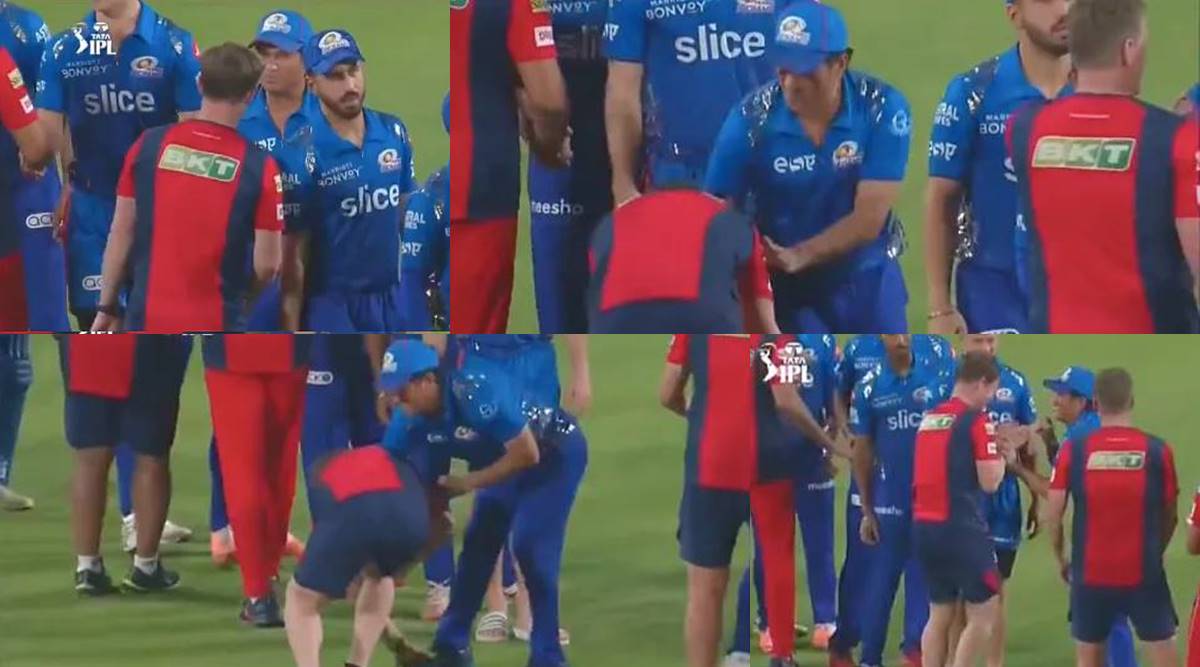 After the match, the players and support staff of both the teams came on the field to shake hands with each other. Sachin was also with the Mumbai Indians squad. He was shaking hands with every member of the Rajasthan Royals squad. Meanwhile, Jonty Rhodes appears before him. Sachin extended his hand.

You can watch that video below. Let us tell you, Jonty Rhodes is not the first cricketer to have touched Sachin’s feet on the field. Earlier, former India all-rounder Yuvraj Singh has also done this on several occasions.

The special thing is that in the age of Jonty Rhodes Sachin Tendulkar are bigger than Rhodes is 52 years old, while Sachin is 48 years old. Jonty Rhodes also has a deep attachment to India. He has named his daughter India after the name of our country. In the year 2020, he told the reason for loving India the most. Jonty wrote in the caption of the video, ‘People ask me often? What is it about India that I love the most? Do I still need to say?’ You can watch that video below as well.

Jonty Rhodes He married Kate McCarty on 16 April 1994. Jonty has two daughters, Danielia Rhodes and a son, Ross Rhodes, from Katie. However, Jonty and Katie parted ways after a few years. In 2014, he married Melanie Woolf. Melanie gave birth to a daughter in 2015 in Mumbai. Then the couple named her India Jean Rhodes.

At that time Jonty Rhodes had said that seeing India’s rich culture, heritage and tradition inspired her to name her daughter India. Jonty Rotts frequently travels to India, especially to spiritual places.