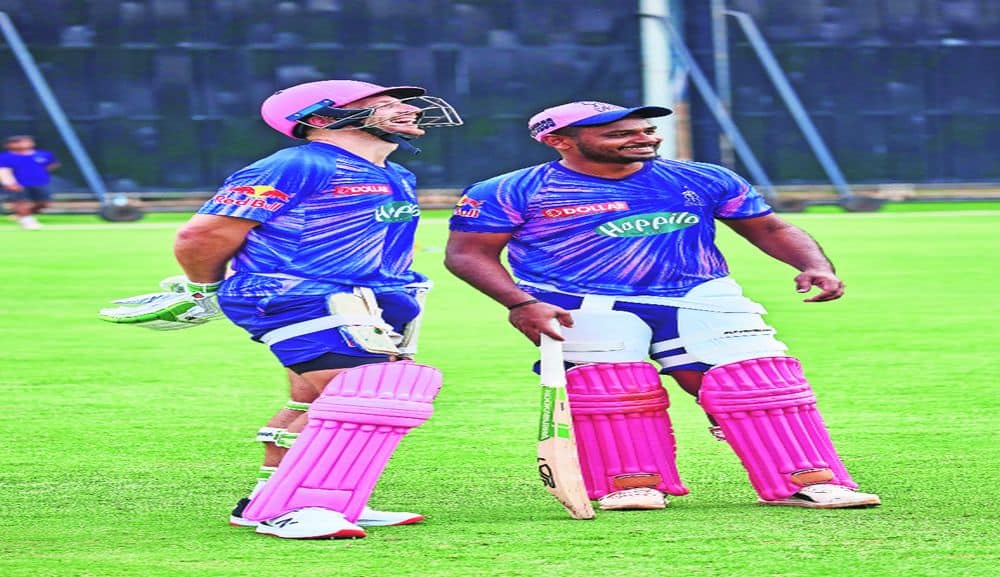 PTI, Navi Mumbai
Good bowlers will be needed in the Indian Premier League (IPL) match between Gujarat Titans and Rajasthan Royals on Thursday. Both the teams have won three out of four matches. So the winning team can be at the top of the points table. Rajasthan’s only defeat is from Bangalore, while Gujarat has got only defeat from Hyderabad.
• Timings: 7.30 PM
• Live Broadcast: Star Sports 1, 1 Hindu, Choose 1 (Related HD Channels)
Butler, on the move
Rajasthan’s batting is dominated by Jos Buttler (218 in 4 matches). Shimron Hetmyer (168 in 4 matches) is raking up the scoreboard with fireworks. Both Devdutt Padikkal and skipper Sanju Samson are batting consistently. Rajasthan have the right balance of fast and spin bowlers. Spinner Yuzvendra Chahal is the mainstay of Rajasthan’s spin. He has got the maximum number of 11 victims this season. He is getting enough support from the experienced Ravichandran Ashwin. Fast bowler Trent Boult (7 wickets in total) is a threat to the rival teams. The famous Krishna is bowling with the right coordination of pace and aggression. While Lucknow Super Giants needed 15 runs to win, Kuldeep Sen bowled Tichun to give victory to the team.
wade, millerchie concern
Gujarat’s new opener Shubman Gill (187 runs in 4 matches) and captain Hardik Pandya (141 runs in 4 matches) are the mainstays of the batting order. Matthew Wade is battling for runs while David Miller’s game is not quite as expected. Abhinav Manohar B. Sai Sudarshan needs to play responsibly. However, Rahul Teotia is playing the role of a winner. Gujarat has one of the fastest bowlers in world cricket, Lockie Ferguson, Mohammed Shami and Pandya. Spinner Rashid Khan is his most successful bowler. The rival batsmen were in a dilemma in Rashid’s four overs.