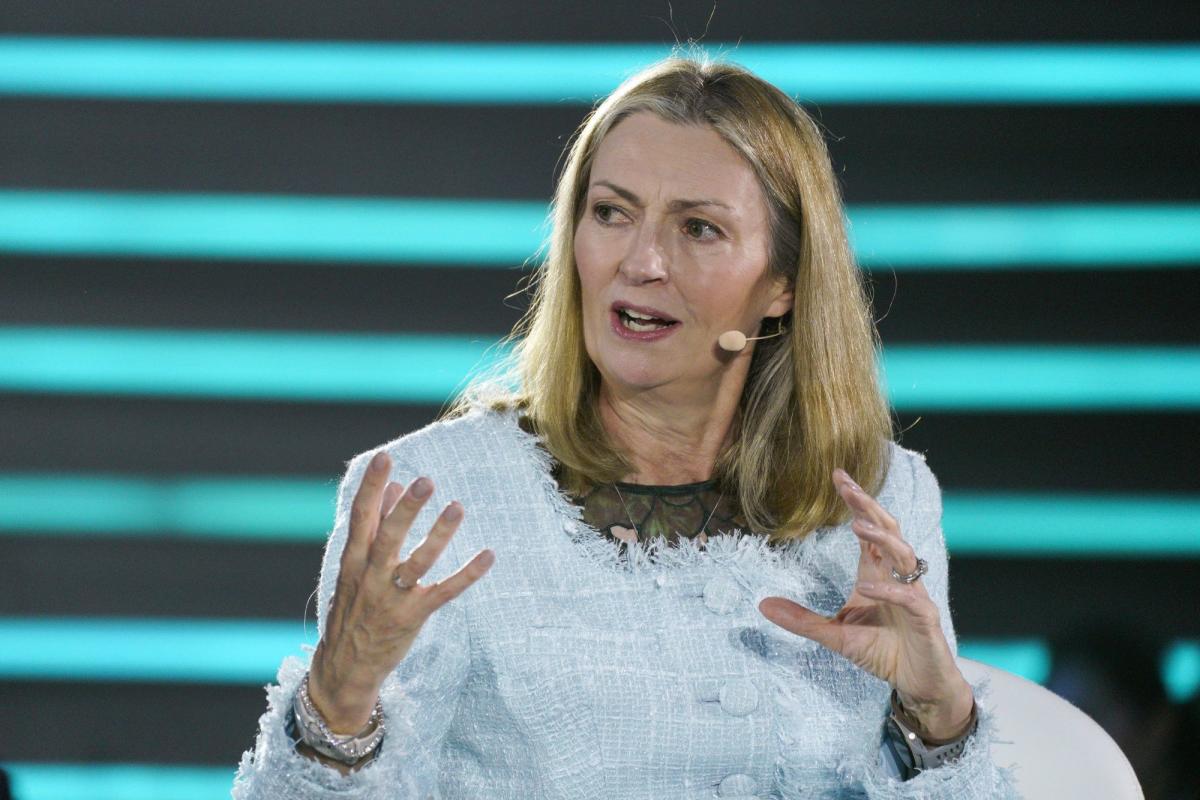 (Bloomberg) — Tumbling global stock and bond prices this year, together with pain in private equity amid deteriorating deal volume left investors around the world casting their nets far and wide for opportunities.

In interviews with Bloomberg News, seven institutional investors with about $2.3 trillion in combined assets under management from Beijing to Toronto and Melbourne outlined investment plans heading into what’s likely to be a challenging 2023.

Some say valuations in public and private markets need to fall further before they’ll spend big, building up cash piles that will enable them to react quickly when an investment thesis aligns. Meanwhile, others are spotting areas like rare metals as a home for their capital as long-term shifts leave these sectors ripe for big payoffs.

Here’s a look at those strategies and how they’re positioning their funds:

For Singaporean sovereign wealth fund GIC Pte., preparation means having cash at the ready, a willingness to spend it and an ability to buy low-cost assets as other investors sell out. Chief Investment Officer Jeffrey Jaensubhakij has made investments that offer protection from inflation and says that price pressures will continue to rise amid tight labor markets and an underinvestment in commodities.

“Having some dry powder means that as opportunities emerge you have an ability to deploy quickly and not be caught in some asset liability mismatch you need to solve,” he said. “It’s been important for us to try to move assets from the asset classes like bonds and equities into things like real estate and inflation where the ability to either be CPI-linked or the ability with high demand to raise rents over time allows us some protection against inflation.”


Longer term, infrastructure projects and commodities can act as a hedge, he said. Meanwhile, student accommodation that can be used as hotels for tourists and business travelers during summer, and telecoms infrastructure and real estate in key markets like Japan and Australia are among his key investment ideas.

GIC Chief Executive Officer Lim Chow Kiat said buying secondary private equity funds during the pandemic proved lucrative and has whetted the firm’s appetite to do more of this type of deal.

“The opportunity opened up so the team responded to that and actually deployed a lot of capital into that space and generated good return,” he said. “That’s another example of something we’d like to inculcate more and do more here.”

Anne Richards, chief executive officer of Fidelity International, said that Asia including China could rebound in sentiment faster than other parts of the world.

“The dynamics in Asia versus the dynamics with the US and Europe are quite different,” Richards said during a panel at the Bloomberg New Economy Forum on Wednesday. “We are more positive on Asia as a region both from a market perspective as well as from a flow perspective for 2023.”

Richards said that she’s seeing increasing interest, if not action yet, for Asia and China. The second largest economy’s recent relaxation of Covid measures and policy support for the property sector have investors betting that Xi Jinping is refocusing his attention on economic growth.

“There’s a lot of optimism of where China is in its interest rate policy cycle, and the benefits that will bring for the region as well as the kind of gradual opening up,” she added.

“We have built up our positions in cash and more recently fixed interest, things that we think could benefit from a downturn,” Delaney told Bloomberg. Over the next 12 months, the fund is unlikely to materially change asset allocation and remains concerned about private markets.

“What we’re most cautious about is the asset classes (in) which values ​​haven’t adjusted yet, and you might put private equity into that category for example, and potentially property and maybe infrastructure,” he said. “The share market probably has done more than half of its adjustments from the peak to what we think is likely to be the trough.”

Instead, the fund expects to be hunting for new investments when good opportunities begin to emerge in about 12 months.

“Most likely the first place we’ll go will be to deploy capital into fixed interest, as they respond to the end of the tightening cycle and eventual easing cycle,” he said. “From that, if share prices continue to adjust there will be opportunities in the share market and also by and large in the credit markets around the same time.”

“Rare metal. Because they are just that — they are scarce and there aren’t that many that aren’t Chinese owned,” he said. “You can have the commodity rather than some sort of traded index, it’s not a big market.”

That means targeting copper producers in Canada and Chile, lithium from Latin America and finding sources of cobalt.

“We’re looking for partners on a private basis; could be a project. We’ve done some with Glencore and others in the past,” he said. “Even if we go very active on this it’s not going to be that we move the market on this.”

And he’s also scouring markets to find scarcity trades more broadly, from battery manufacturing chains and chip-makers to water, food and Indian businesses where there are relatively few scaled business. In August, OTPP bought a majority stake in Sahyadri Hospitals Ltd. as part of its first private equity buyout in India.

Partners Group Holding AG Chairman Steffen Meister is mindful of the suffering to people and businesses in recent years. But from a business perspective, now is a good time to strike deals, he said.

“Strictly speaking about business and opportunities, this is the time when you have the opportunities because the economy is not disappearing,” he said.

Meister warns that this only works for firms that anticipated the turmoil. Partners Group has pushed out refinancing until 2025 and hedged much of their rates exposure, he said. The fallout from the UK’s recent volatility in the pound and gilts would help boost other opportunities.

“It’s a very human thing when you look at the public markets where people are biased by the immediate reaction,” he said, with near-shoring — moving far-flung operations to countries closer to home — among the investment opportunities he sees in the UK. “The last two years you were really concerned and now I think you can relax a bit more.”

Longer term thematics such as aging populations are also a good sources of deals, Meister added. This could mean housing or residential apartments built for rent with affordability and inclusion becoming a major topic. Other investment ideas include logistics, cold storage and pharmaceutical storage.

But where Meister feels now is the time to make deals, Temasek is slowing the pace of investments. One focus is on helping companies in its portfolio survive the impending economic downturn and use it to expand and “strengthen their positions” over the coming year, he said. For new deals, the investment giant will be more selective.

“We’re cautious because we don’t think valuations fully reflect the downside we expect over the next 12 months,” he said. “The reason we’ve slowed down is because of the valuation environment — there’ll be better opportunities down the line.”

The Federal Reserve still has to hike interest rates to bring down inflation as the US continues to head toward a recession, Pan said. This threatens to fuel outflows from markets like Hong Kong, while Europe is in a worse situation, grappling with the energy crisis and debt issues.

“China is a rare place where the government is still in a loosening cycle,” providing ample liquidity, said Pan. “The yuan has also remained stable against a basket of currencies despite depreciation against the strengthening dollar.”

China Asset Management sees opportunities in both new energy and fossil fuels due to the huge demand in the coming decade, and likes healthcare and medical equipment stocks, he said. The company also favors consumer stocks as consumption will normalize, sooner or later, especially high-end players like luxury shopping malls that have seen sales climb even as economic growth cooled. Pan said concerns that China may backpedal on its opening up policy are misplaced, even as Covid surges have stoked concerns.

“The pandemic is a once-in-a-century rare situation and should not be seen as normal,” he said. “People shouldn’t be excessively pessimistic about China’s economy.”

–With assistance from Abhishek Vishnoi and Sarah Wells.

Next
Aftab used to trick girls through not one but many dating apps: 10 days before the murder, Shraddha was smoking a cigarette on the banks of the Ganges in Rishikesh
Start typing to see results or hit ESC to close
Jobs Google Apple Walmart Bank
See all results