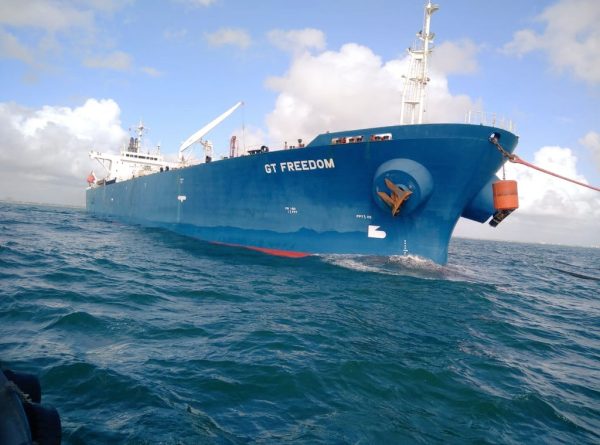 Sri Lankans have always been wary of their giant neighbor, India. It has been a favorite bogeyman of a section of Sri Lankan leftists and nationalists for decades.

Now, during its crippling financial crisis, India has emerged Sri Lanka’s main financial backer and without Indian aid, especially with regard to fuel, the Sri Lankan economy would have ground to a halt.

India to the Rescue

These include a $ 400-million currency swap with the Reserve Bank of India, which was extended on April 18 by another three months. A credit line of one billion dollars is operational and by May 15 India had supplied 400,000 metric tons of fuel to Sri Lanka through a $ 500 million credit line. The following week, it sent another 80,000 metric tons of diesel and petrol to Sri Lanka. According to the Indian media, New Delhi has helped Sri Lanka defer repayment of loans totaling 1 billion under the Asian Clearing Union.

India has also assured Sri Lanka that it will supply 65,000 metric tons of urea. Sri Lanka’s disastrous implementation of an organic agriculture drive had left the country on the brink of an agricultural crisis and, given the spike in fertilizer prices in the world, it is unlikely that it could purchase fertilizer at market rates.

These interventions in a way should not come as a surprise, given that India has been slowly replacing China as the dominant player in Sri Lanka since the election of President Gotabaya Rajapaksa in 2019. This is ironic, given that the Rajapaksas’ Sri Lanka Podujana Peramuna (SLPP) was considered the pro-China party.

While initially China seems to have received preferential treatment from the Rajapaksa administration, by 2022, however, India managed to get important projects and drive China out from most of the important ventures. India also clinched an important deal regarding the Trincomalee oil tank farm, which essentially handed the lucrative bunkering operations at Trincomalee to Indian Oil Corporation. Sri Lanka also finalized a Joint Venture and Shareholders’ Agreement (JVSHA) for the development of a 100 MW Solar Power plant at Sampur, Trincomalee with India.

It is also unlikely that another administration would give the concessions that the Rajapaksas have extended to India, especially those that have gifted India a stronghold in Trincomalee, and thus India too has a stake in maintaining the status quo in Sri Lanka.

While most Sri Lankan mainstream political parties have welcomed the Indian aid, its detractors among the leftists and the nationalists are fearful about the increasing power India wields over the country and its impact on Sri Lanka’s sovereignty.

India has provided close to $ 3 billion to Sri Lanka, a country that defaulted on debt repayment a month ago, knowing well that Colombo will not be in a position to repay it for a long time. This is a clear indication that these financial facilities are not commercially driven, critics of the Indian policy claim.

Pabuda Jayagoda of the Frontline Socialist Party says that India has been using the crisis in Sri Lanka to its advantage since 2021. The economic and political mismanagement by the incumbent Rajapaksa administration, which had “given steroids to Sri Lanka’s economic problems,” has been exploited. by the country’s neighbors, he told The Diplomat.

“We believe India has used this [crisis] to serve its own interests, “Jayagoda said, pointing to” an obvious geopolitical agenda. ”

“India,” he said, “is acting the way any major power would behave in the international system.”

According to Jayagoda, despite its geographic proximity to India, Sri Lanka had “maintained its strategic independence hitherto.” “This has changed now,” he said. “We are well on our way to becoming India’s vassal state.”

According to Jayagoda, the continuation of the Rajapaksa administration serves the interests of India, as many of the elements who typically oppose foreign intervention are allied with the Rajapaksas.

“When a person like [Prime Minister] Ranil Wickremesinghe tries to sell national assets to a foreign nation, there will be a lot of public outrage, ”Jayagoda said. However, “most of the leaders of movements that oppose foreign intervention are allied to the so-called nationalist Rajapaksa administration.”

On May 24, the World Bank said It does not plan to offer new financing to Sri Lanka, until Colombo puts in place “an adequate macroeconomic policy framework.” China too has only offered 42.4 million in assistance, and Sri Lanka has not responded to a Chinese offer to provide fuel, another indication of the deteriorating relationship Beijing has with the Rajapaksa administration. Japan has only offered $ 1.5 million to procure medicine. On the other hand, despite allowing the Sri Lankan rupee to float, Sri Lankan foreign workers are not remitting money to the country. Sri Lanka needs 530 million to pay for fuel in June.

Given these setbacks and lackluster responses from Sri Lanka’s other main partners, the Rajapaksa-Wickremesinghe administration has no other option but to rely on Indian largesse, at least in the short to medium term. The coming months will tell the domestic political and geopolitical consequences of this dependence.