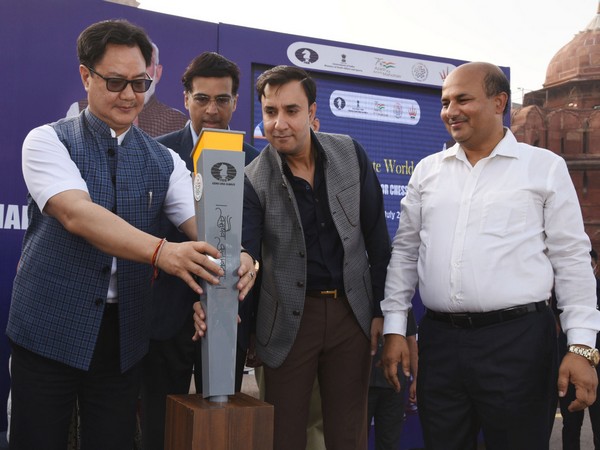 India will light the Chess Olympiad torch every two years:

Union Law and Justice Minister Kiren Rijiju on Monday said that hosting the 44th Chess Olympiad is a great moment for India. The torch of the Chess Olympiad will be lit every two years in India.

Rijiju said that India will always cherish this moment of hosting the 44th Chess Olympiad. For the first time such a big event will be held in India. The most important thing is the torch which is really the beginning of any Olympic movement. The burning of the torch is in itself something that is deeply, emotionally attached to the country from which it begins. In India, the torch will be lit every two years, because it is a moment of holiness for all, it must be carried forward. ”

India’s team is the largest ever in this year’s Chess Olympiad. The 40-day torch relay will feature some of the best stars of the Indian chess community for the torch. The torch rally will end at Mahabalipuram before leaving for FIDE Headquarters, Switzerland.

In addition to the torch rally, cultural events are planned, including an interactive bus journey from one city to another and a cultural parade.