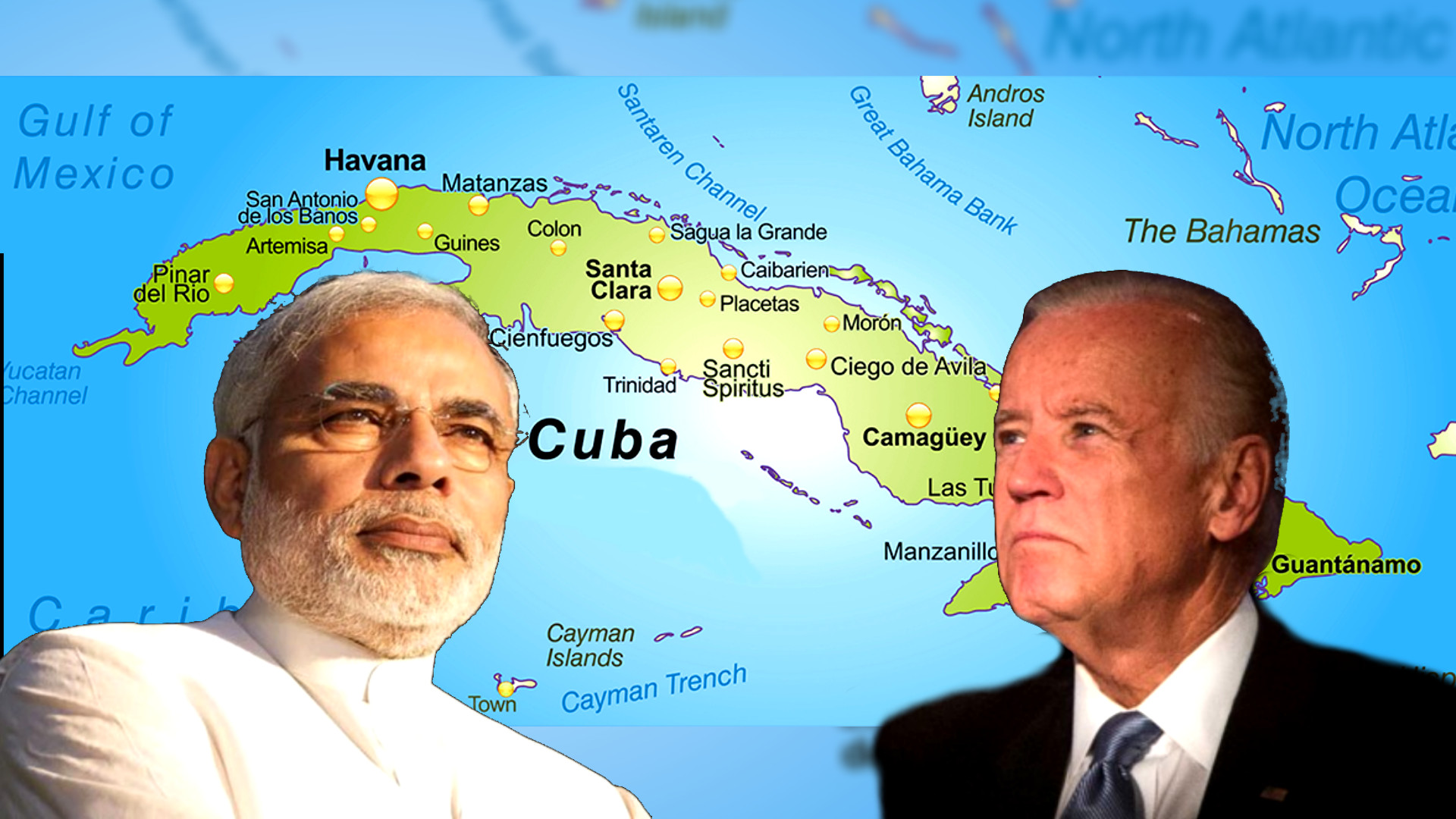 India started winning Cuba, now what will Biden do?

The United States has imposed a number of trade, economic and financial sanctions on Cuba, making it illegal for American bloc nations to trade with this communist nation. Relations between the two countries have long been embroiled in controversy. Each time the US government had to ally itself with the communist regime in Cuba. The Biden administration has expanded Donald Trump’s “maximum pressure policy” and imposed sanctions on officials and institutions in the Caribbean nation for alleged human rights abuses.

India is helping Cuba without coming under US pressure. India has not only given Cuba a line of credit but also added new dimensions and new areas of partnership to its bilateral relations by ensuring its food supply to Cuba, which is mired in a cycle of US economic sanctions. India’s decision has also reduced the duty load from Russia.

Cuba is a traditional Russian ally. Now that Russia is at war with Ukraine, Cuba is experiencing a financial crisis. Of particular concern to Havana is that it could face food shortages if its economic crisis is not addressed on an immediate basis. Still operating under the communist model, Cuba needs to secure food supplies for its 12 million-strong population.

Read more: Untold story of India snatching Sikkim from the mouths of China and America

India is trying to save Cuba

To help overcome the economic downturn, Cuba has found a meaningful and powerful alternative to Russia, and that is India. India has taken action and is working tirelessly to ensure that Cuba does not go hungry due to the tense global environment and disruption in the supply chain.

In this regard, India has decided to provide 100 million Euros Line of Credit (LoC) to Cuba. The primary goal of such a line of credit is to help Cuba avoid food shortages in the short term. The Financial Express quoted a senior Indian government official as saying: The country is being expanded to meet the Cuban food shortage. The LoC is expected to be handed over by the end of this month.

Once finalized, the credit line will enable India to export grain and other foodstuffs to Cuba. Recently, India also provided a લા 75 million credit line to Cuba to help install solar panels.

Meanwhile, the Cuban ambassador to India was recently quoted as saying: “The two sides can complement each other in the fields of biopharmacy, renewable energy, IT and agriculture. We want to import Indian tractors. We want to see more Indian investment in the food processing industry.

Cuba has been under economic blockade by the United States for more than 60 years. The blockade has paralyzed the Cuban economy. US sanctions are a major factor behind Cuba’s ongoing economic crisis.

However, when it comes to financing Cuba and other Latin American countries, India continues to take the lead in providing and managing essentials, regardless of the US. Cuba is one of them but effectively India is bypassing the US blockade of Cuba. Now, Caribbean Ambassador to India Marielle has also called on New Delhi to invest in Cuba’s Special Economic Zone, which she describes as a gateway for India’s investment not only in Latin America but also in the Caribbean.

Now the question is, what will Biden do now? The ball is in their court. Will he be as soft on Cuba as his godfather Barack Obama? Or will Biden continue to follow in the footsteps of his main enemy, Donald Trump, and intensify the blockade on Cuba?

Read on: Every tactic used by the US to intimidate India did not work.

It is a well-established fact that India is no longer a country operating in the shadow of global “superpowers” but has become a superpower in its own right. India’s foreign policy is independent, autonomous and balanced and despite the pressures and intimidating statements of any world power, India’s national interests are given top priority, especially under the Modi government.