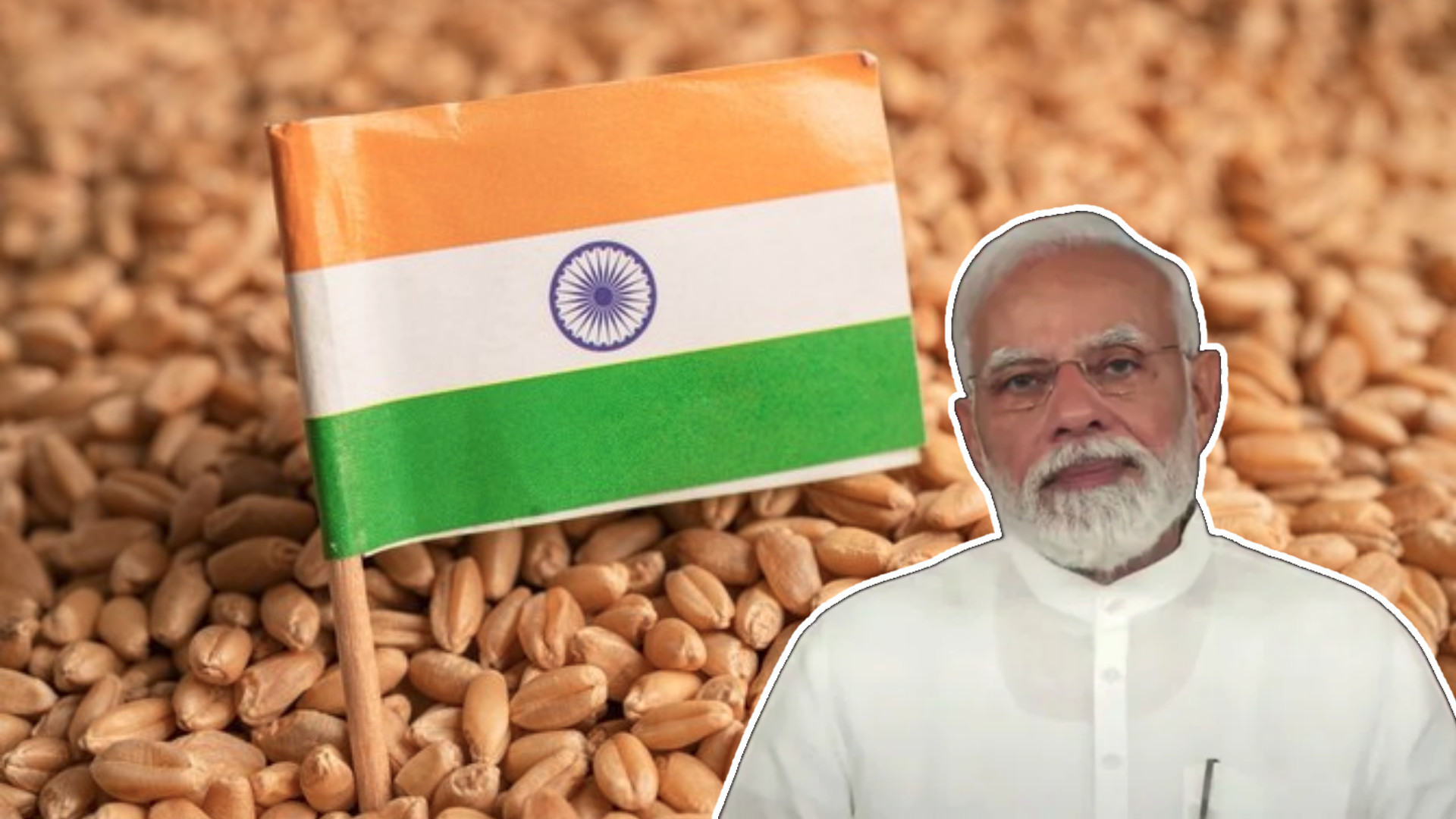 India should donate wheat to stop ‘bread war’, but only leftovers

Wheat is one of the top foods in the world. Wheat is the mainstay of any diet, but due to different climatic conditions there are very few countries that grow and export wheat. Ukraine and Russia account for about 33 percent of the world’s wheat exports. However, the war between them has not only affected agriculture but also disrupted the supply of wheat.

In addition, the two countries jointly produce about one-third of the world’s essential ammonia and potassium fertilizers for export. Disruption in the supply of these fertilizers will further create a global food crisis.

Recently, Italy Foreign Minister Luigi Di Mao has highlighted the serious ‘food emergency’ in the world due to the war, saying that the global war for bread is already going on and we must stop it. He also highlighted the African food crisis and the risk of political instability due to these conditions.

Read more: India should respond to the countries which rejected wheat

It is worth noting that due to food shortages in Africa, a top African Union official recently met with Russian President Vladimir Putin to discuss the war-induced food crisis. Disruption in grain exports has led to food insecurity in many African countries, leaving 1.3 billion Africans hungry.

Last month the United Nations also announced that the Kovid epidemic, climate change and the Russia-Ukraine war had nearly doubled the number of food-insecure people worldwide.

Earlier in May, the conflict in Eastern Europe over global food security Results Director General Kw Dongyu was invited by the German President of the G7 to discuss. The head of the Food and Agriculture Organization of the United Nations (FAO) has requested the G7 nations to help predict future food shortages, as war in Ukraine reduces supplies and pushes prices to record highs. Will do From above, there is a threat to already weak countries in Africa and Asia. ”

Stop thinking about providing support to fight the food crisis, the G7 countries are extending the war to Ukraine with an endless supply of weapons. Not only are they provoking Russia and fighting a pseudo-war, but the Russia-Ukraine crisis has started a ‘bread-war’ in the world!

Read more: Find out the whole truth here about why Turkey is returning wheat to India

India’s ability to feed the world

India is the second largest producer of wheat in the world. But, it is also the second most populous country in the world. India needs more than 25 million tonnes of wheat every year for the world’s largest food security program.

Finished The expected wheat harvest in Rabi season (April to March) is at a record level of 111.32 million tonnes. India has the potential to support war-driven global food security while maintaining its buffer stock and distribution under welfare schemes.

In addition, due to rising prices in the global food market, Indian The private sector is increasingly buying wheat from local farmers above the MSP. Reports show that in 2022-23, government procurement of wheat has declined to 53% due to private trade in grains.

Rising demand in the grain market had given India a great opportunity to establish a new global food supply chain mechanism and India had been working on these things from the very beginning.

But, International The reckless and uncontrolled supply of wheat was used by middlemen to hoard grain and create artificial demand for wheat, which eventually led to skyrocketing prices. In view of this hoarding and artificial creation of demand, India also banned the export of wheat to check such unfair trade practices.

Despite export restrictions, India has continued to supply to its traditional buyers. Fertilizer supply in the international market with wheat Series Disruption will tighten food availability while creating a global hunger crisis. India’s substantial buffer stock and production enables the country to export wheat to a certain extent and provide great relief to the world from hunger. With proper supply chain mechanisms and agreements, India can provide great food relief to poor countries.