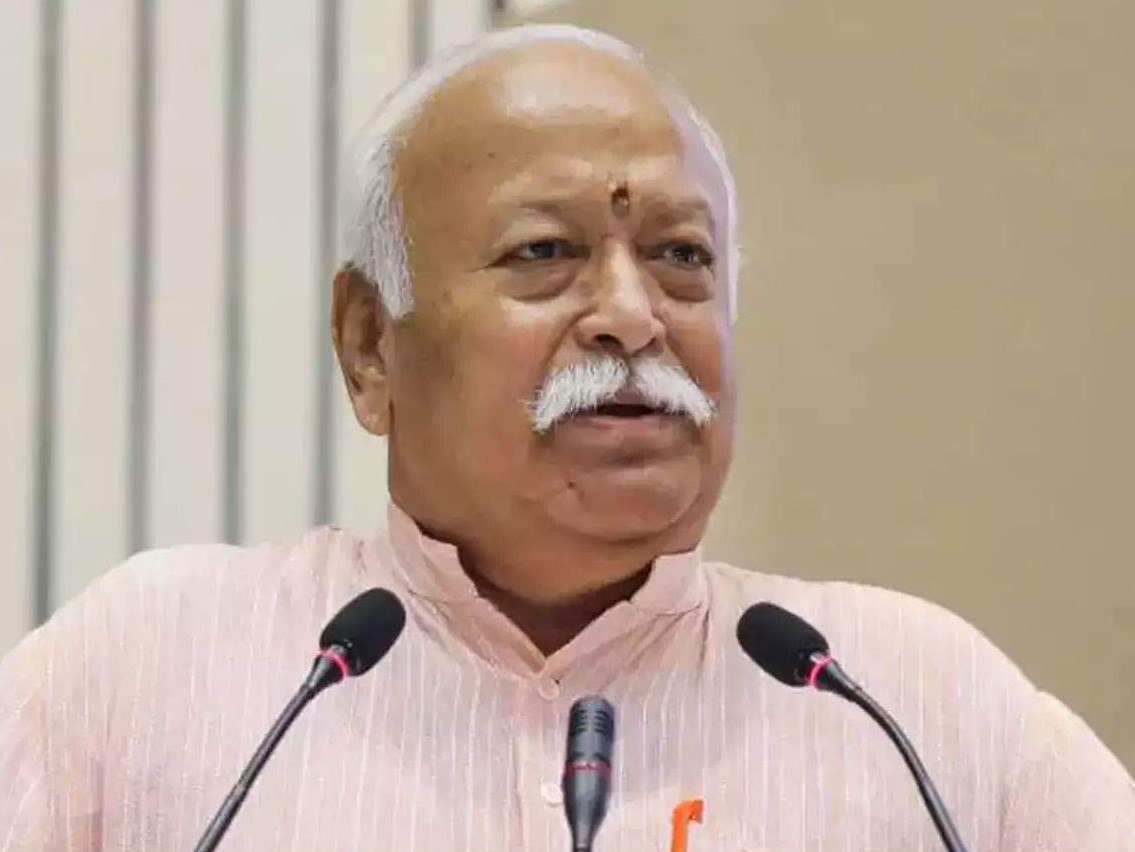 The Sarsanghchalak of Rashtriya Swayamsevak Sangh, Shri Mohan Bhagwat said that progress will be achieved only by eliminating the high and low caste. Everyone has to come forward and cooperate to take the country forward. Only then the country will become a Vishwaguru. If our country becomes Vishwa Guru, then the unrest in the world will end. Everyone has to cooperate in this.

Sarsanghchalak Shri Mohan Bhagwat arrived as the chief guest on the 65th anniversary of Shri Krishna Temple located at Khatauli in Muzaffarnagar, UP on Wednesday. He first offered prayers at Shri Krishna temple. After this, participated in the Sant Samagam organized in Gud Mandi. He said that if the country has to be made a Vishwaguru, then everyone will have to walk together. Now the country is moving towards becoming a Vishwa Guru. The impact of which is visible in the world. Religion is the biggest religion for a human being. If a person deviates from his religion, he cannot be saved.

The Sarsanghchalak said that the Hindu society will have to follow its dharma path. There was a time, when apart from religion, employment, art and education were conducted in temples. Foreigners came to India first and destroyed this power of ours. He said that there are troubles on religion. The wicked and the ungodly attack. In such times it is also necessary to be succulent with power. Make a habit of maximizing instead of maximizing as much as you can. Let us go to the temple, listen to the saints and protect ourselves with righteous conduct. Service is a part of religion. Helping others is service. Sarsanghchalak said that in order to know the truth, it is necessary for a man to be pure. Teaching is beneficial for any sect and sect. Our ego will be removed by listening to the saints. After this the Sarsanghchalak went to Mansoorpur area and also interacted with the local volunteers.

Two ASP and four COs deployed in security
Tight security arrangements were made for the arrival of RSS Sarsanghchalak Shri Mohan Bhagwat in Khatauli. For this, 300 policemen including two ASPs, three COs were deployed. Due to the program at the Gur Mandap, the market was closed and the route diversion of vehicles was done. When SP Traffic Kuldeep Singh himself handled the traffic system, the responsibility of security was with SP City Arpit Vijayvargiya.