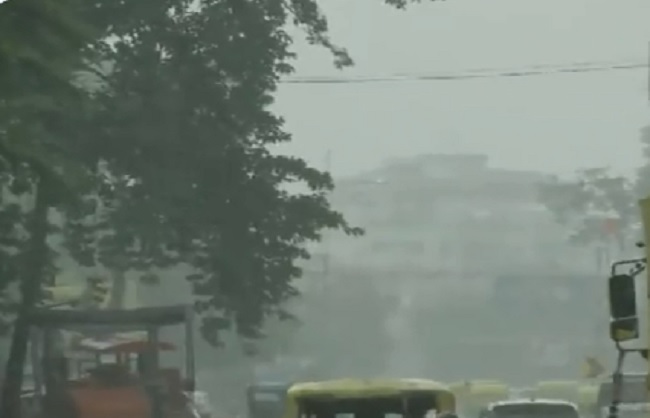 In Bihar, 254 percent more rain than normal in 24 hours, 32 deaths due to lightning in two days

All the small and big rivers of North Bihar are overflowing due to 24 hours of rain in the entire state including Patna, the capital of Bihar. It has been raining heavily in the capital since around two o’clock on Wednesday night. Due to this, many areas of the capital have been flooded. Bihar has recorded 254 per cent more rainfall than normal in the last 24 hours. The highest rainfall occurred in Araria district of Seemanchal adjacent to Nepal border.

The Meteorological Department has said that on Thursday, Patna, Gaya, Nalanda, Sheikhpura, Jehanabad, Nawada, Begusarai, Lakhisarai, Buxar, Bhojpur, Rohtas, Bhabhua, Aurangabad, Arwal, Sitamarhi, Madhubani, Muzaffarpur, Darbhanga, Vaishali, Shivahar, Samastipur , Sivan, Saran There are chances of heavy rains at many places in Gopalganj district. It has been raining in many of these districts since this morning. Rain is also expected at some places in Supaul, Araria, Kishanganj, Madhepura, Saharsa, Purnia, Katihar, Bhagalpur, Banka, Jamui, Munger, Khagaria districts of Seemanchal. Besides, the meteorological center in West Champaran, East Champaran district has issued a red alert.

In the last two days, 32 people have been killed by lightning in Bihar. Of these, 22 died on Tuesday and 10 on Wednesday. On Tuesday, five people were killed in Saran district, four in Bhojpur, two each in Muzaffarpur, Bettiah, Motihari, two in Araria, one in Banka and one each in Nawada-Buxar. 10 people died on Wednesday. The dead include two each from Muzaffarpur, Bhojpur and Rohtas and one each from Aurangabad, Vaishali, Samastipur and Nawada.

According to the government, 16 people were killed in lightning strikes in 7 districts on Tuesday. Five people have died in 4 districts on Wednesday. The Chief Minister has announced compensation of Rs 4-4 lakh to the families of all.