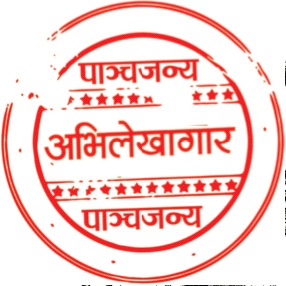 His ideas are recorded in history

Dr. Ambedkar (1891-1956 AD) was a pioneer of Indian national consciousness and social change. The place of Swami Vivekananda in the spiritual-cultural integration in the history of the nation is the same place of Sardar Patel in the politics of the country. This is the same place Dr. Ambedkar’s is the social unification of the nation. He did an extraordinary job of uplifting a large, significant section of the oppressed, the marginalized, the afflicted. Veer Savarkar calls him a basic man. Renowned scholar Conard Assault has placed him in the category of great sages of India in his book.

Harmony
Dr. Ambedkar is of the opinion that there can be no unity in Hindu society without social harmony. In fact, his goal was to bring harmony in Hindu society. In a meeting in Delhi in 1947, Dr. Saheb said that all Hindus are brothers. And such a feeling is expected. There is a lack of brotherhood today. Races increase mutual jealousy and animosity. So there must be a barrier against evil practices as far as we want to reach.

Dr. Ambedkar had deep faith in Indianness. He was clearer in this regard than any other leader of the then India. There was no hesitation in his language nor did he retract his words. “I don’t like it when some people say we are Indian first – Hindu or Muslim,” he said of Indianness. I do not accept this. Despite being loyal to religion, culture, language, etc., their loyalty to Indianness cannot flourish. I want people to become Indian first and remain Indian till the end. (See Dr. Ambedkar, Writings and Speeches Part-2, Page 195) Ambedkar, being a non-Indian, was deeply associated with Hindutva organizations. He had a close relationship with Veer Savarkar. He expressed his sentiments towards Ambedkar’s initiation into Buddhism. Not only that, when the Congress government had implicated Veer Savarkar and Sangh leader Shri Guruji in the assassination of Mahatma Gandhi, he had indirectly assured the leaders of the Hindu Mahasabha of co-operation despite being the law and labor minister in the cabinet.

Similarly, Drs. Dr. Ambedkar has been the leader of the Sangh since 1935. Were in contact with Hedgewar. Ambedkar attended the Sangh’s education classes in 1935 and 1939 and in 1937 he gave a speech at the Sangh branch on the celebration of Vijayadashami in Kathmada. Seeing that there were more than 100 disadvantaged and backward class volunteers out of 600 in that program, Dr. Not only was Ambedkar surprised, but his confidence in the future also increased. He also met Shri Guruji in September 1948. Not only that, when Dr. When Ambedkar was a member of the Flag Committee of the Constituent Assembly, Hindu leaders proposed to him that the saffron flag be the national flag. Dr. Ambedkar wanted Sanskrit to be the official language of India in the Indian Constitution (see Sunday Standard 10 September 1947). “What is wrong with Sanskrit? It should be the official language of India,” he told PTI.

Anti-disruption elements
Dr. Ambedkar has primarily described Islam, Christianity and communism as national deadly forces. He wrote, “If we accept Christianity or Islam, our Indianness will change.” Our heads will start tilting towards Jerusalem and Mecca and Medina. If we accept Islam, the number of Muslims will double and the country will be in danger of becoming a Muslim nation. India will be under British rule after conversion to Christianity. (Dr. D. R. Yadav, Dr. Ambedkar: Personality and Creativity, p. 201) Ambedkar has detailed his views on Islam and Muslim politics in ‘Partition of Pakistan and India’. They consider Muslims fanatical, intolerant, religious and secular because Muslims are anti-reform. They have no inclination towards democracy at all. As for Hindus and Muslims, he argues that there is no line of historical precedent between the two that can unite the two. His past has been one of animosity in both the political and religious spheres.

Dr. Ambedkar discussed Muslim activities in India after in-depth study. According to him In 711 Muhammad bin Qasim invaded Sindh to establish Islam. He killed men over the age of 17 and enslaved women and children. (See Partition of Pakistan and India, p. 55 and p. 57) According to Ambedkar, some historians have misunderstood Mahmud Ghaznavi only as a robber, while his attack was aimed at destroying temples and establishing Islam.

Taimurlang’s invasion of India in 1398 AD was aimed at converting infidels to Islam. Aurangzeb made a final attack on Hindutva in 1661, ordering the destruction of temples. (See, same pages 60-63) In short, the Muslim invaders had a common goal of destroying Hindutva, although they were strong enemies of each other. (Ibid., Pp. 6-58) Muslim invaders and rulers mixed the poison of conversion, alienation and sectarianism in Indian life, which resulted in the demand for partition of India and formation of Pakistan in the fourth decade of the 20th century. Fifth decade.

Dr. Ambedkar warned the disadvantaged castes that their faith in Muslims and the Muslim League would be suicidal. To this end, he cites the example of Jogendra Nath Mandal of the Muslim League in undivided India (a man from a marginalized caste) who became law and labor minister in Pakistan, but in Pakistan, who witnessed forced conversions on the underprivileged. Caste (see Dhananjay Veer, Dr. Ambedkar – Life and Mission, Mumbai, 1971, p. 399) Concerning conversion to Islam or Christianity, he is of the opinion that marginalization of one of these makes the marginalized class non-national. . (See – The Times of India, July 24, 1936). Dr. Ambedkar also described caste discrimination among Muslims and the plight of women. (Ibid., Pp. 216-17) At the same time, he sharply criticized the Congress policy of extreme tolerance towards Muslims and Muslim appeasement. (See VS Saxena, Muslim in Indian National Congress, page 234) Unlike Islam, Ambedkar is not a supporter of Christianity at all. According to him, ‘Christians do not behave themselves. For Christianity, we have to bow down to Jerusalem, which is neither the land of India nor does it have anything to do with Indianness. (See Vasant Singh, Ambedkar, p. 91). Ambedkar himself was offered financial assistance to become a Christian. According to him, there is caste discrimination in the churches of South India.

Dr. Ambedkar studied Marxism as much as hardly any other communist scholar or historian in India (Dhananjay Keer, quote p. 301), his famous work Buddha and Marx, completely rejecting Marxist philosophy, has been shown to have many shortcomings. Dr. Ambedkar pondered on various structures in the context of world history. He welcomed the French Revolution, which began in 1789, with the main slogans of independence, equality and fraternity. But it could not give equality to a society like France. He welcomed the Russian Bolshevik Revolution of 1917, but he completely forgot about brotherhood and independence in Russia, but in Buddhism he received these three declarations.

(See Dr. Krishna Gopal, Babasaheb: Individuals and Thoughts, New Delhi, p. 265) Ambedkar does not regard Marx’s focal point, its main center, the economic element as the driving force of the individual and history. He rejected the materialist system of the history of Marxism (see for details, Satish Chandra Mittal, The Truth of Communism, New Delhi 2006, p. 90). Marx called religion an opium den, Ambedkar said, whatever good thing is in me … it has become possible because of my religious feelings.

Periodically, the Indian communists attacked Dr. He slammed Ambedkar and called him a traitorous British agent. He was described as opportunistic, separatist and pro-British. (See Gail Onf, Dalit and Democratic Revolution Dr. Ambedkar and the Dalit Movement in Colonial India) Ambedkar was not distracted by this, but diligently continued his work.

Probably Dr. One of Ambedkar’s greatest achievements was to save Indian society from the Communists. Dr. Referring to Ambedkar’s own statement, Shri Dattopant Thengadi wrote – Ambedkar stands as a barrier between the marginalized and communism and Golwalkar is also a barrier between other upper caste Hindus and communism. (Dattopant Thengadi Signal Line, New Delhi 1959 pp.287-88) In short, he considers Marxism to be irreligious and backboneless.

Unfortunately, it is a bitter truth that many people did not recognize the genius of this great personality of the nation and did not use his qualities in the proper national interest. The media, academics and intellectuals in general saw him as just a marginalized leader and tarnished his image. The Congress used him extensively in drafting the Indian Constitution, but in September 1951 he resigned from the same Congress and had to stand in opposition. However, to add a vote bank person, his portrait in Parliament on April 2, 1990 and his birthday on April 14, 1990, 34 years after his death, was compulsorily awarded the Bharat Ratna which should have happened much earlier. The Indian Communists took advantage of their talents from 1930-37 but later misused them to show their true colors. The Bahujan Samaj Party took advantage of their name and caste by completely forgetting their original ideas about Muslims and Christians. Many intellectuals also used their full power to prove him a ‘Hindu rebel’ or a ‘British devotee’. To know the personality and work of this great man in the right context, it is necessary to think holistically about him.

Dr. Ambedkar was a lecturer on sophisticated Hindu nationalism. He has often used the word ‘Hindu’ for nationality in his books. He was a staunch supporter of giving the highest priority to Hindu society for the upliftment, strength and unity of India. They wanted to connect the underprivileged with the mainstream of Hindu life in India, not break it. Political, self-serving pseudo-secularists, intellectuals and leaders of the disadvantaged class of the country should understand this fact and act accordingly. The young generation of the country should take inspiration from their work.