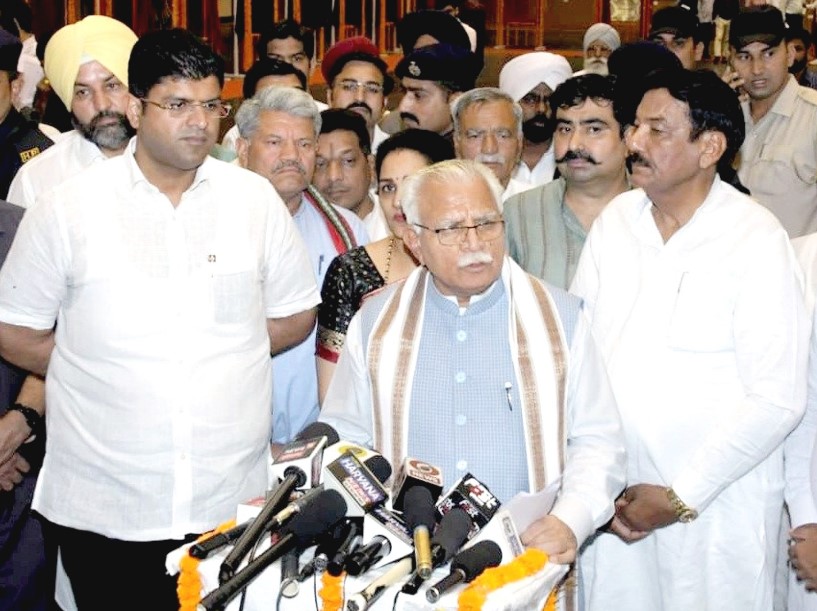 Haryana body elections: BJP and BJP in 27 out of 46 seats

In Haryana, the performance of BJP and JJP alliance was excellent in 28 Nagar Palika and 18 Nagar Parishad elections. The BJP, in alliance with the JJP, has captured 27 of the 46 municipal bodies. Out of these, BJP has won 22, JJP has won three and two have won. Out of these 18 Municipal Council seats, BJP managed to win 10 and JJP 1. Meanwhile, in Nagar Palika, BJP has won 12, JJP 2 and two supporters have won the election for the post of president. On the other hand, Haryana Chief Minister Manohar Lal Khattar said that the BJP-JJP candidates won the 12 seats which fall in the constituency where the MLAs are from the opposition Congress.

On the other hand, Prime Minister Narendra Modi congratulated the workers of the ruling Bharatiya Janata Party (BJP) and Jananayak Janata Party (JJP) on the victory of the alliance in the municipal elections in Haryana and said that these results would boost the confidence of the people in the functioning of the state government. Reflect. In a tweet, PM Modi said, “Congratulations to the workers of both the parties for the glorious victory of the BJP-JJP alliance in the local body elections in Haryana. The people have expressed their full faith in the way the state government is constantly taking the state forward on the path of development.

Congratulations to the workers of both the parties for the glorious victory of the BJP-JJP alliance in the local body elections of Haryana. The people have expressed their full faith in the way the state government is continuously taking the state on the path of development. 4 BJP4Haryana