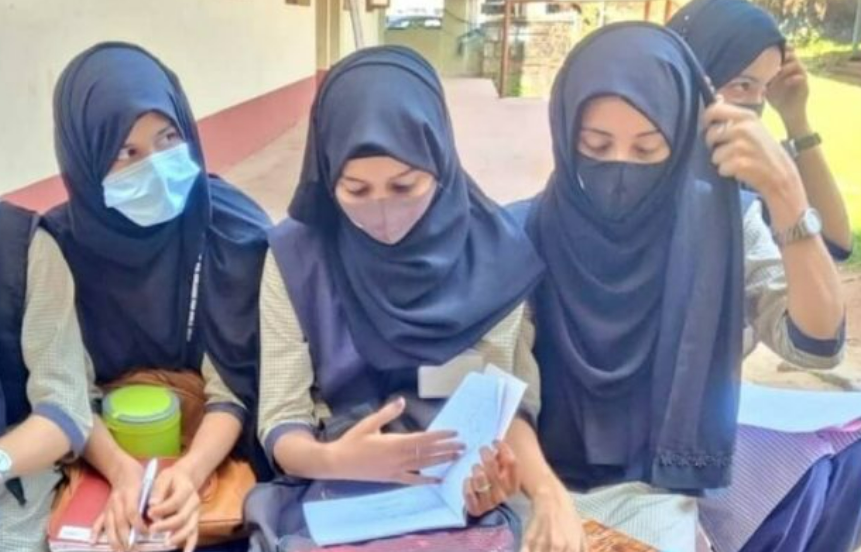 Girls who arrived wearing hijab did not get admission in classes, protests, lathi charge

The issue of hijab controversy spread from Udupi in Karnataka to schools in Hyderabad as well. Today, the girl students who arrived wearing hijab at the Gautam School located in Bahadurpura in Hyderabad old city were not allowed to enter the classes. The police had to intervene as the dispute escalated.

The controversy started in Udupi where a ruckus broke out in a college for some Muslim girls wearing hijabs and videos went viral on social media. The video showed people wearing saffron patkas protesting against the hijab. After this, there was a competition between the students from both the sides to display their religious symbols on social media, due to which tension has arisen and violence has taken place at some places.

Some of the protesting parents say that they could have solved the matter by talking to them, but the school management has done wrong behavior of intimidating the students by directly informing the police.