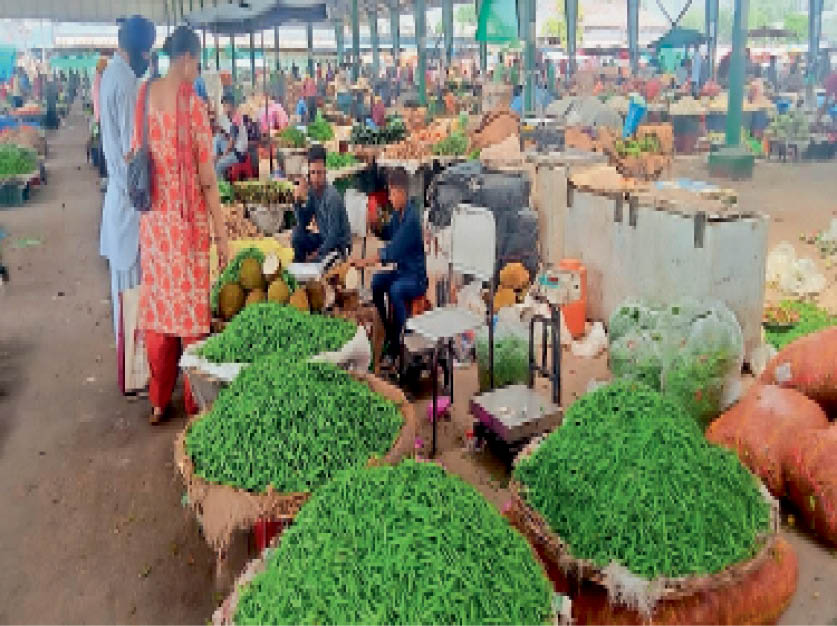 From market to street: If expensive vegetables are sold, challan will be deducted, pods and goods will be confiscated; After coming to the market, there is a sale in four prices

The picture is of Maqsood vegetable market.

The vegetable whose farmer gets a price up to Rs 10 per kg, after reaching the market after some profit in wholesale, the same vegetable reaches Rs 40 to 60 per kg while reaching the streets. In the early hours, when the brokers bid, then a few hours after the vegetable is bought at a cheap price, the price starts touching the sky.

When the matter reached ADC Major Amit Sarin, he understood the problems of the common people and called the officials of Mandi Market Committee and ordered them to take action against the vendors selling expensive vegetables. He said that the loot happening directly from the people should be stopped. On the other hand, SDO of Mandi Market Committee, Sukhdev said that the challans of street vendors and phadi vendors selling vegetables at expensive prices will be deducted. If necessary, the goods will also be confiscated.

Prices are in the rate of rupees per kg

After coming to the market, there is a sale in four prices

In the early hours, when vegetables reach the arhatiyas in Maqsood Mandi, they start selling at four prices. First, the arhtiyas do the bidding and then sell the vegetables to the vendors. Vegetable vendors are then sold inside the market, outside the market gate and then on street vendors at different prices. During this, lemons sold in the market for Rs 30 are being sold in the streets for Rs 100 to Rs 110. It is worth mentioning that Christian Movement President Hameed Masih and General Secretary Tarsem Masih met ADC and submitted a demand letter for action against those selling expensive vegetables.