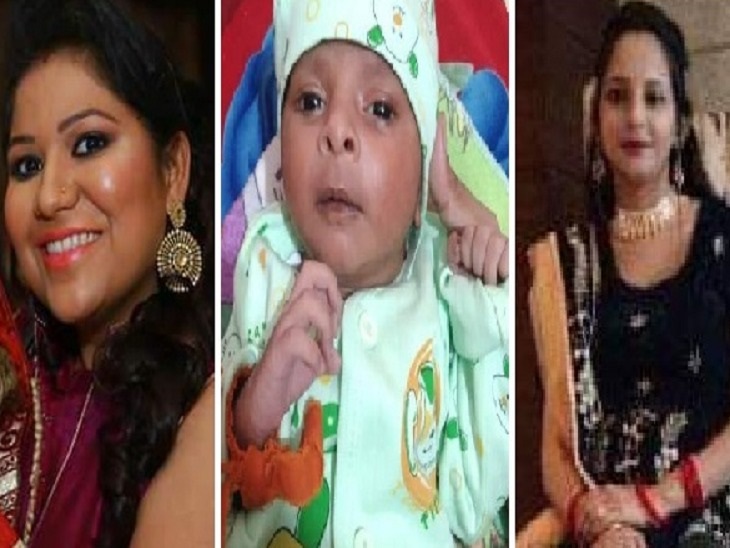 Relatives mourning on seeing the dead body of the deceased Gurfateh.

The house of Ranjit Singh, owner of Ranjit Pump situated on Civil Lines of Ludhiana city of Punjab, was left in ruins today. Today 5 members of Ranjit Singh’s family left the world saying goodbye. The dead included two children and three women. Fateh, Sarabjit Kaur, Nisha, Manpreet Kaur, Parmeet Singh are among those who died. The case is of a road accident in Hamira on the Jalandhar-Amritsar highway. In this accident, five members of a family died tragically. There were a total of 7 people in the car. All of whom were returning home after bowing their heads at Sri Harimandir Sahib. On the way, the car collided with the canter near Humira. Tejinder Singh was driving the car. who suffered serious injuries.

The bodies were buried in Ludhiana late in the evening. As soon as the bodies reached the homes of those killed in Civil Lines, screaming started in the entire area. Every eye in the neighborhood was moist. The elder of the family, Ranjit Singh, was crying and repeating the same thing that I had told Teji not to go to Amritsar today. I was robbed of everything. Grandson Fateh and Dohta Parmeet both left the world together. At the same time, the funeral pyre of mother-in-law and daughter-in-law was performed together. People tell that there was a lot of love between mother-in-law and daughter-in-law. Ranjit Singh started crying and saying that even now his grandson Fateh had not celebrated his first birthday that God took away his happiness.

The son had not even learned to say father yet.
The father of 6-month-old Fateh who died, Tajinder Singh reached the crematorium after getting treatment at the hospital. Tajinder Singh was saying the same thing that my son had not called me father even once that God took him away. Tajindra’s condition is also not being told right now. Tajinder has suffered serious head injuries.

Relatives and granddaughters mourning after seeing the dead bodies.

Tajinder does shop in Rajpura
Tajinder’s father Ranjit Singh works as a pump seller in Ludhiana. At the same time, Tajinder runs a pump shop in Rajpura. The people of the area tell that last night Tejinder came back from Rajpura at around 7 pm. After this, his sister made a plan to go to Shri Darbar Sahib. During this his father Ranjit Singh stopped him that you should not go to Amritsar today, because it was night time. They knew that Tajinder would bring the car back to Ludhiana without rest. Same thing happened. People tell that Tajindra kept his car at his brother-in-law’s house and took his brother-in-law’s car Honda Activa from there. While coming back, Tejinder did not have any idea of ​​the standing canter due to the restlessness and rammed the car into his canter. Due to this, 5 people died on the spot.