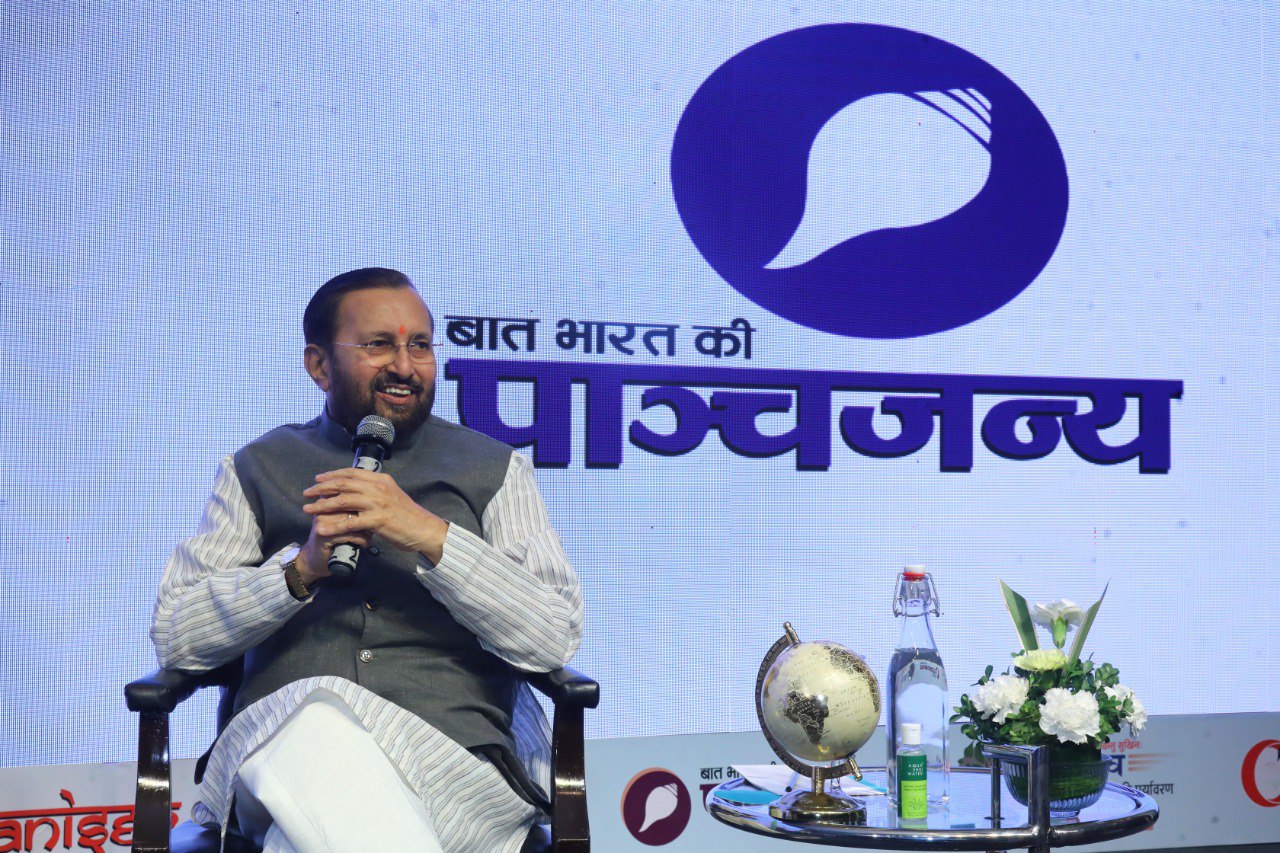 In the environmental dialogue organized by Panchjanya in New Delhi on Tuesday, the first level was on circular economy. In this session, former Union Environment Minister Shri Prakash Javadekar said that Panchjanya and Organizer are our identity. These magazines are today reviewed weekly in mainstream newspapers. It means these magazines are bringing a change and our idea is reaching more people.

Prakash Javadekar said that Rashtriya Swayamsevak Sangh started activities in every sphere of life, organized programs. But in the field of environment, the program started on trees, water and plastic under the leadership of Shri Gopal Arya is very important. He said that when the use of plastic started, there was a lot of convenience. But each feature raises a new question. The question also arose from plastic. Today, 20 thousand tonnes of plastic are used in the country every day. After that it becomes garbage. The per capita plastic waste in India is 12 kg per year. This is much lower than the 120 kg per person per year in the US. But America has a good system of plastic waste collection. In India too, the stored plastic waste gets recycled. Our problem is 10 thousand tons of uncollected plastic waste. That’s the real problem.

Prakash Javadekar said that if someone asks me what is the biggest work of Prime Minister Shri Narendra Modi ji, then I will consider the campaign of Swachh Bharat as the biggest task which was taken up by the people. This reduced the uncollected waste somewhat. The success of the Swachh Bharat Abhiyan is that the habit of throwing plastic on the streets improves in the last four years. If someone throws, someone interrupts or picks it up. The younger children of the family are refusing the elders. Cleanliness is becoming a ritual. He said that waste management is important in the circular economy we talk about. We revamped plastic waste, electronic waste, construction waste, solid waste, hazardous waste management rules. We entrusted the manufacturers with the responsibility of collecting the waste generated from their items. However, the manufacturers are not yet taking this responsibility. We want the manufacturers to either do the garbage collection themselves or pay the local agencies. Make construction demolition waste management rules in the construction sector. Today I am happy that today three factories for processing this waste have become functional in Delhi. In two-three years, one lakh tonnes of waste can be processed per day.

Prakash Javadekar said that in the last 20 years many forests have been cut across the world. Trees have decreased in almost every country of the world, but in India, the forest area has increased by 17 thousand square km. We surveyed watershed areas in forests using a technique. For how water can be stored there, a detailed project report was prepared and given to the state governments. Our goal is to save the water of the forest. Glad that now some states are conducting this survey at their own expense. In the field of water, most of the water was used in the agriculture sector. About 80 percent of the water went to the agriculture sector. Hence crop change, managed it by using drip irrigation. Apart from this, the collection of rain water was promoted through the farm bund, khet talab scheme.