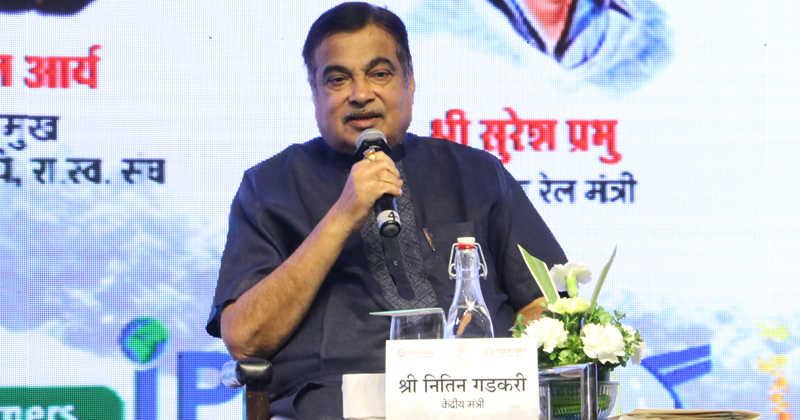 Environment Dialogue: Green Hydrogen is the future of the country

In Panchjanya’s Environment Dialogue, Union Transport Minister Nitin Gadkari clearly said that Green Hydrogen is the fuel of the future. Fuel has to be changed if the environment is to be protected. He said that it is nationalism to become self-reliant in the field of fuel. He said that we will soon be an energy exporting country. He said that ending imports and ending pollution is economic nationalism. He said that waste is nothing, the need is to convert waste into property by using technology. On noise pollution, he said that the sound of horns of vehicles is very hoarse. Soon the sounds of tabla, flute, violin will come instead of horn in vehicles. The editor of the session, Panchjanya, Hitesh Shankar asked that development is called anti-environment. You are the Minister of Transport, what arrangement has been made to protect the environment along with development, what will be its result?

Shri Gadkari said that we try to build an economy based on water, land, forest and animals. Much work is required in this direction. Referring to a hill station near Mysore, he said that 35-40 per cent of the air pollution is due to burning of fossil fuels. Shri Gadkari said that the former Sir Sanghchalak of Rashtriya Swayamsevak Sangh, respected Kupp. C. Sudarshan ji used to say that the farmer of our country can give electricity for the country and fuel for the country along with food for the country. Today the world’s crisis is of fertilizer, food and fuel. Then the point of Sudarshan ji was not paid attention to. He was right, I have been working on it for 20 years. Its fruits are being received today.

We started with ethanol instead of petrol and diesel. We thought of adding 10 percent ethanol to petrol. One thousand crore liters of ethanol in the country is needed only for putting it in petrol. Ethanol is made from rice, sugarcane, corn, bamboo etc. If it starts being made in sufficient quantity in the country, then farmers will also prosper, imports will also be less and the environment will also be safe. He informed that he has issued an advisory that flex engine should be used in two wheeler and three wheeler. The Flex engine runs on 100% Bio Ethanol and 100% Petrol. Due to this, 40 percent electricity is generated while running. That is, the fuel requirement is only 60 percent.

Shri Gadkari said the use of plastic in road construction and told about the examples. He said that this also cleans the environment and also prolongs the life of the roads. Giving another example of plastic usage, he narrated an incident that he went to Majuli in the election of Sarbananda Sonowal, the former Chief Minister of Assam. There Mr. Sonowal urged him to announce the construction of a bridge over the Brahmaputra river. He made the announcement but wondered how it would happen. If we found out the expenditure, it was estimated that the cost of six thousand crore rupees. Then he remembered a bridge in Singapore in which the pillar was 120 feet instead of 30 feet. In this, plastic was used in the beam. He started work on this issue. Then the UP Bridge Corporation came forward and built this bridge on the Brahmaputra river in just six and a half hundred crores.

Similarly, burning of stubble in Punjab causes pollution. But if this stubble is used with technology, then Bio-CNG can be made from it. Due to this pollution will also be controlled and fuel will also be obtained. Talking about pollution of Yamuna, Shri Gadkari said that work is being done on it. Soon water ships will run from Panipat to Bangladesh, Vietnam, China Sea via Delhi, Mathura, Etawah, Prayagraj, Varanasi.