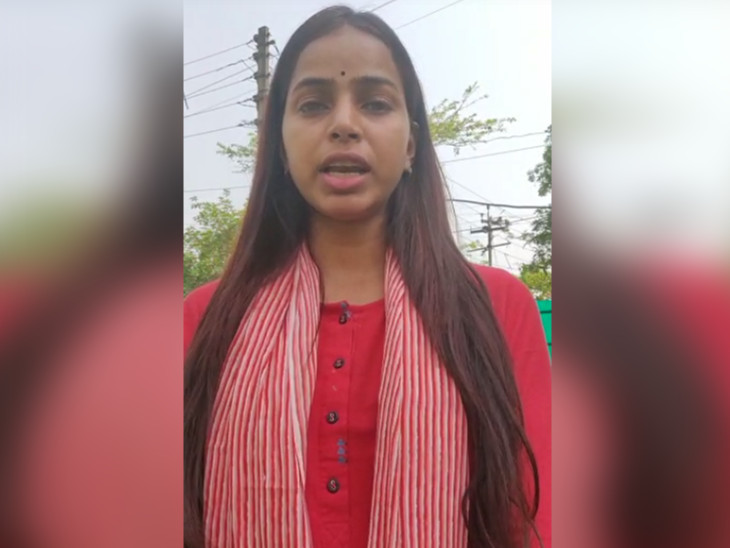 Dragged a dog tied to a scooty, VIDEO: Three youths drove around the village; UP woman officer got FIR lodged in Ajmer

A painful video (video) of dragging a dog with a scooter in Ajmer has come to the fore. In this video, three youths have tied a dog to a scooty with the help of a rope. After this, he is seen roaming around the whole village. Even the people of the village are not stopping him from doing so. The video reached Surbhi Tripathi, ADM of Maharajganj in Uttar Pradesh (UP) through social media. On the basis of Scooty’s number, he lodged an online complaint in Ajmer. After this, an FIR has been lodged against 3 youths in the Gegal (Ajmer) police station under the Animal Cruelty Act. In the investigation so far, it has come to the fore that the video is from Gudda village of Ajmer.

Surbhi Tripathi told that she got this video on April 13 in the afternoon. In this, three youths are seen sitting on the scooty and dragging the dog. Find out about this video by Scooty number. Information about the video being from Ajmer came to the fore. After this, the woman officer sent her complaint to Ajmer SP through e-mail. After the complaint received by Ajmer SP on the mail, a case was registered at Gegal police station in Ajmer.

Surbhi Tripathi, ADM of Maharajganj, Uttar Pradesh. On their complaint, a case was registered at Gegal police station in Ajmer.

death while dragging
ADM Surbhi Tripathi told that the dog was being dragged and tied with a wire. The voiceless animal died at the end of the video. It is heard in the video that Israr has killed the dog.

Police has identified three people
Gegal police station officer Nandu Singh said that the video is from Gudda village in the police station area. A complaint has been lodged by the woman officer of Uttar Pradesh in the matter. On the basis of the video, three people who dragged the dog are being identified and investigated. Along with this, who and how many people are making the videos. An investigation is being done in this regard as well. Action will be taken against the accused in the case soon.