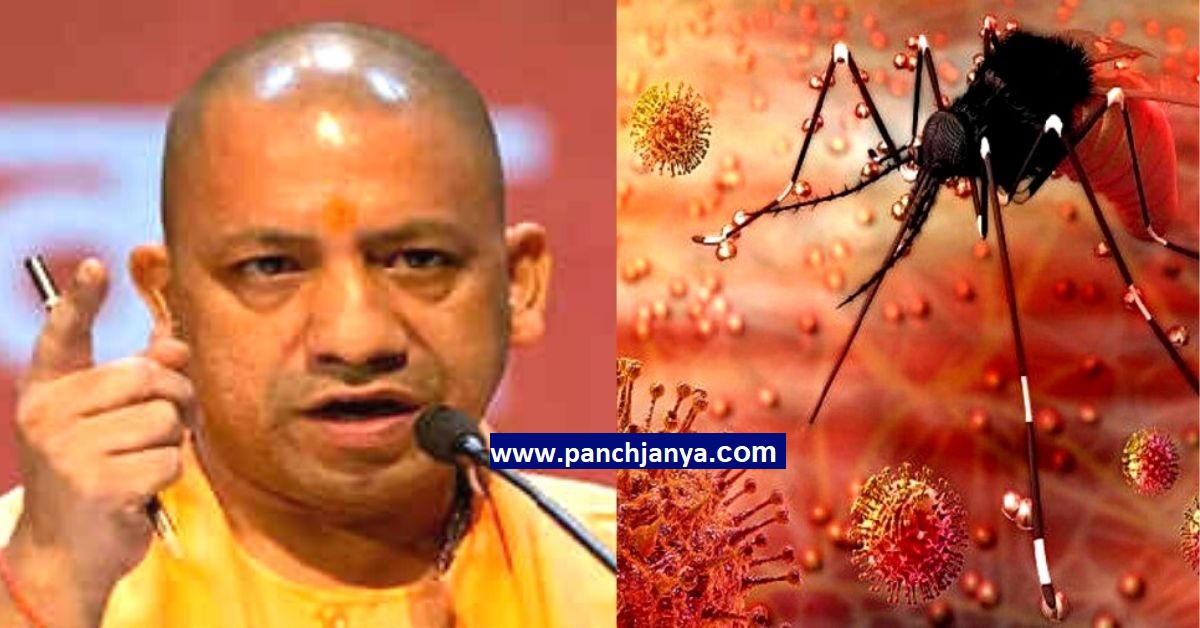 Chief Minister Yogi Adityanath said in a high-level meeting related to the Communicable Disease Campaign on Thursday that regular sanitation should be paid attention to to prevent dengue, malaria, chikungunya and other diseases. He said that where there is a high risk of communicable disease. Every household should be surveyed during the Dastak campaign in those areas. Give training to ASHA workers for malaria testing. In the state, along with intensive vector surveillance, make arrangements for rapid screening and isolation of patients and symptomatic persons. Formation of rapid response teams in all districts and train them. Community health services should be trained for quick outbreak response.

He said that the disease surveillance data system should be strengthened for quick outbreak response while arranging ambulances for the patients. Arrange for the treatment of persons with tuberculosis symptoms. The rural areas instructed to make planned efforts to keep the ponds in the middle of the population free from waste and pollution.

The CM said that it is a collective responsibility to make this campaign effective. Along with government effort, public participation is also important. The cooperation of organizations like WHO, UNICEF, PATH should be taken. Two successful models of encephalitis control and covid management are in front of the people of the state, which will also be important for us in the communicable disease campaign. During the prayer meeting in schools, instructions have been given to organize debate, essay, environmental cleanliness, quiz competition related to motivating the children for cleanliness.

A door-to-door Dastak campaign will start in the state from July 16 and in this, medical teams will go door-to-door to identify patients suffering from infectious diseases. Asha workers as well as health workers will be included in this team. With the help of the team, the patients will be identified and given medicine and if necessary they will be admitted to the hospital. If such patients are found during the survey, then they will be examined. Apart from this, instructions have also been given to collect information about malnourished children in the campaign. Under the Dastak Abhiyan, patients with symptoms of TB will be searched and examined.

As a result of the success of special campaigns being run for eradication of diseases in UP, less than one per 1,000 population in the state was found to be suffering from malaria, while Kala-azar disease was found to be one in every 10,000 population in 22 identified blocks. Infection was confirmed in less than one person. UP will soon become Kala-azar free and is very close to its goal of effectively controlling malaria.