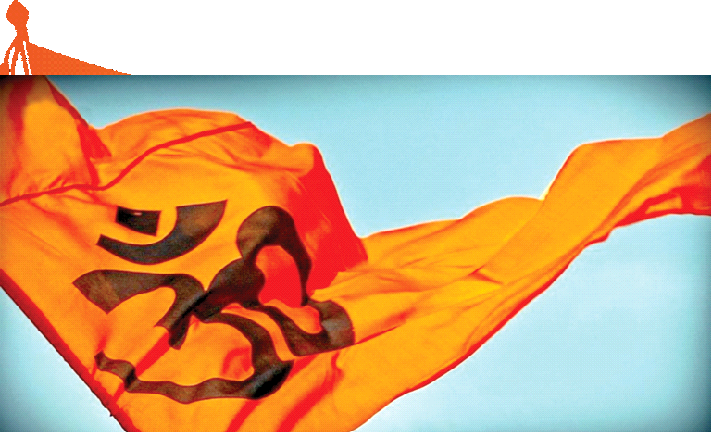 Big Interestingly, two such leaders, who hail from different regions, seem to be standing on the same side while expressing their dislike in the name of Rashtriya Swayamsevak Sangh. One is the former Prime Minister of Pakistan, Imran Khan, who was defeated in the Pakistan National Assembly in the face of a no-confidence motion jointly moved by the opposition parties. Expressing his grief, he said that his relations with India were not good because of ‘the ideology of the Sangh and what happened in Kashmir’. At the Central-South Asia Summit held in Tashkent in July last year, Khan had made a similar assertion that it was only because of the ideology of the Rashtriya Swayamsevak Sangh that no dialogue could resume between the two countries. ‘

Another leader who dislikes the Sangh is India’s senior Congress leader Rahul Gandhi, who recently expressed concern at a book launch event in Delhi that ‘we have to protect our institutions’. But all the institutions are in the hands of the Sangh. He also called upon the Rashtriya Swayamsevak Sangh and the opposition parties to unite against Narendra Modi.

It is a strange coincidence that these two leaders do not see that the reason for their defeat is their own failed politics, but they shrug their hands by blaming the Sangh. Both have to understand that their political fate is decided by the democratic systems of both the countries.

The stronger the establishment of democracy in countries in South Asia, the better it is for them, because China, the other major player in the region, which has close ties with many countries in the region, has a different political system. As generous as China provides aid in this area, the purpose of fulfilling its political interests is also associated with the same selfishness, which is harmful.

The Rashtriya Swayamsevak Sangh is an integral and influential part of India’s democratic system. After India became independent, the Union had made a constitution of its own in 1949 itself, before the constitution of India was formed. In 1975-77, when Rahul’s grandmother Indira Gandhi was writing a very dark chapter in the form of Emergency by crushing Indian democracy, at that time only one organization had resolved to become the country’s shield against her dictatorship, It was the Rashtriya Swayamsevak Sangh which paved the way for the restoration of democracy.

The Economist wrote on December 12, 1976, ‘The underground campaign that emerged against Mrs. Gandhi is the only non-leftist revolutionary movement in the world in which there is no place for both bloodshed and class struggle. There are lakhs of cadres in the underground corps of this campaign organized into four male cells at the village level. Most of them are regular members of the union. However, now the number of new youth members is also increasing rapidly. Other underground parties that emerged as participants in the campaign eventually merged with the Jana Sangh and the Rashtriya Swayamsevak Sangh.

Rahul’s claim that he is not interested in power is reminiscent of the ‘grapes are sour’ analogy. There is no chance of him and his party coming back to power in the near future. Election after election the existence of the Congress party is ending. It is the maturity of Indian democracy that rejects dynasty and legacy politics, which Rahul proudly said at the ceremony that he was born “at the center of power”. Indian democracy is becoming a ray of hope and confidence in the difficult political times of South Asian countries.

Today, in India’s two neighboring countries – Pakistan and Sri Lanka – there is a dark cloud over the democratic system. While in Pakistan Imran Khan was defeated in a no-confidence motion presented by a united and resolute opposition, the Rajapaksa family-led government in Sri Lanka is facing a nationwide insurgency.

Imran Khan and Gotabaya Rajapaksa, both came to power in 2018 and 2019 respectively through strong mandates with popular image. Both formed coalition governments in their respective countries and both were supported by their respective armies. Today, where Imran lost power, Rajapaksa’s leadership faces serious democratic challenges.

However, there is a significant difference between the two. While Sri Lanka has long been a successful democracy since its independence in 1948, the democratic process in Pakistan, created in 1947, never took root. If any country has become an inspiration in nurturing the democratic system in the countries of this region, it is India, which has remained a classic example of democracy since independence. In the political crisis in Sri Lanka and Pakistan, his eyes are fixed on Indian democracy with hope. The governments of these countries are today praising India’s democratic features and looking forward to its support.

The example of India inspired other neighboring countries like Nepal and Bhutan to choose the path of democracy. After a brief trial of democracy in 1959, Nepal firmly adopted a democratic system, leaving the monarchy behind in the 1990s. In Bhutan, the king himself took steps to establish democracy in 2008. Maldives made strong efforts to build a democratic governance system since the 1968 referendum. Bangladesh initially had to struggle hard to establish democracy, as military rulers repeatedly put obstacles to this system. Finally, from the late 1990s onwards, a well-established democracy was established there.

The stronger the establishment of democracy in countries in South Asia, the better it is for them, because China, the other major player in the region, which has close ties with many countries in the region, has a different political system. As generous as China provides aid in this area, the purpose of fulfilling its political interests is also associated with the same selfishness, which is harmful.

Sadly, Western commentators, while knowingly unaware of examples of successful democracy in the region, try to put undue pressure on countries in the region by fabricating the opposite story of the absence of a democratic system. The latest example of this is the United States State Department’s ‘Summit for Democracy’ in February this year, for which two of our neighbors Nepal and Maldives were invited, but Bhutan and Sri Lanka were ignored. Surprisingly, a faltering democracy like Pakistan was eligible to attend the summit in the eyes of the US State Department, while Bangladesh, which has a better democratic system than Pakistan, was not invited. Prime Minister of India Narendra Modi addressed this summit through virtual medium. China, as it was evident, not only opposed the summit, but called it “useless” by issuing a report on the “state of American democracy”.

India in principle refrains from interfering in the affairs of other countries. Yet as the world’s largest, efficient and successful democracy, India is a classic example that can show its neighbors the solutions to their current challenges. If they want to escape from the clutches of authoritarian and authoritarian rule, they will have to follow the path of democracy like India.
(The author is a campaigner of the Rashtriya Swayamsevak Sangh and a noted commentator on international politics)