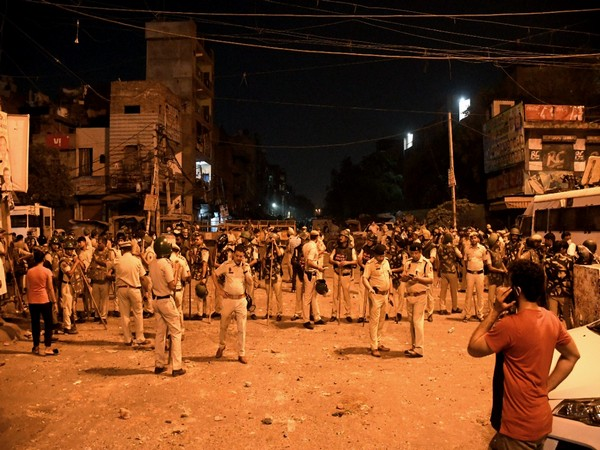 Delhi: Thirteen accused have been arrested in the Jahangirpuri violence case

So far, 13 accused have been arrested in the Jahangirpuri violence case in Delhi. DCP Usha Rangnani said on Sunday that nine people, including eight policemen and a civilian, were injured in the violence and were being treated at a hospital. One of the injured, a sub-inspector, was shot and is in stable condition. At the same time, the police have registered cases under rioting, violation of government order, assault, attempted murder, conspiracy, etc.

According to sources, the police suspect that the whole incident was carried out under a conspiracy. Some of the CCTV wires in the area were cut and some were broken. Currently, the Special Cell, Crime Branch is investigating the case. Police have so far arrested 13 people, including those accused of stoning. A total of 10 teams of police are investigating and 15 are being questioned in police custody.

The two groups clashed during the Hanuman Janmotsav procession on Saturday evening. Meanwhile, some miscreants started throwing stones at the procession, which caused a stampede. In a short time Hobala took on a bigger form. Nine people, including eight police personnel, were injured in the violence. Who is undergoing treatment. Seeing the tension in the area, a heavy police presence was arranged.

Many forces of the company have been deployed after the upheaval in Jahangirpuri. Currently the situation is under control, but the tension remains. Security at JNU has also been beefed up as part of a precautionary measure in the event of a collision. With this, politics has also started. On the other hand, BJP state president Aadesh Gupta has termed it a conspiracy, while Congress state president has appealed for peace and demanded an impartial inquiry. Congress state president Chaudhary Anil said that the brotherhood of Delhi should be maintained. Don’t pay attention to any kind of rumors. Work together to save Delhi, build brotherhood and peace.