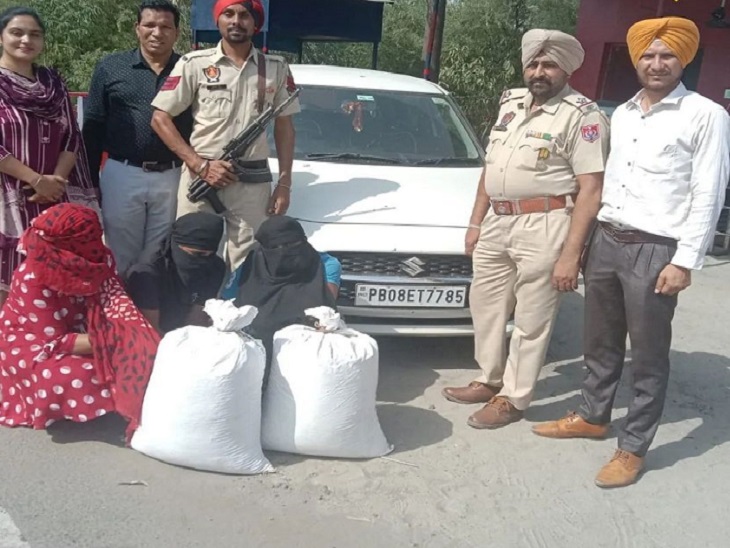 Drug smugglers caught with 32 kg of Bhukki with police party

Police officials said that the Crime Branch in-charge Pushp Bali got information that the smugglers were coming from Pathankot and taking a consignment of drugs towards Jalandhar. On the basis of information, the police put up a naka near Qureshia in Bhogpur. Police stopped a Maruti Swift car coming from Pathankot side. There were three people in the car. Among them was a woman. When the car was stopped and searched, 32 kg of Bhukki was recovered. The accused were going to supply this Bhukki further to someone.

Crime Branch in-charge Pushp Bali said that the arrested accused have been identified as Manoj Kumar resident of Ekta Nagar (Ramamandi, Jalandhar), Jaskaran Singh resident of Shahkot and the woman has been identified as Vandana resident of Puda Colony Lohia Khas (Shahkot). Police have arrested all three by registering a case under the Prevention of Drugs Act. The Crime Branch in-charge told that the remand will be obtained by presenting the three in the court and efforts will be made to find out from where they were bringing these intoxicants and to whom they are going to supply further.