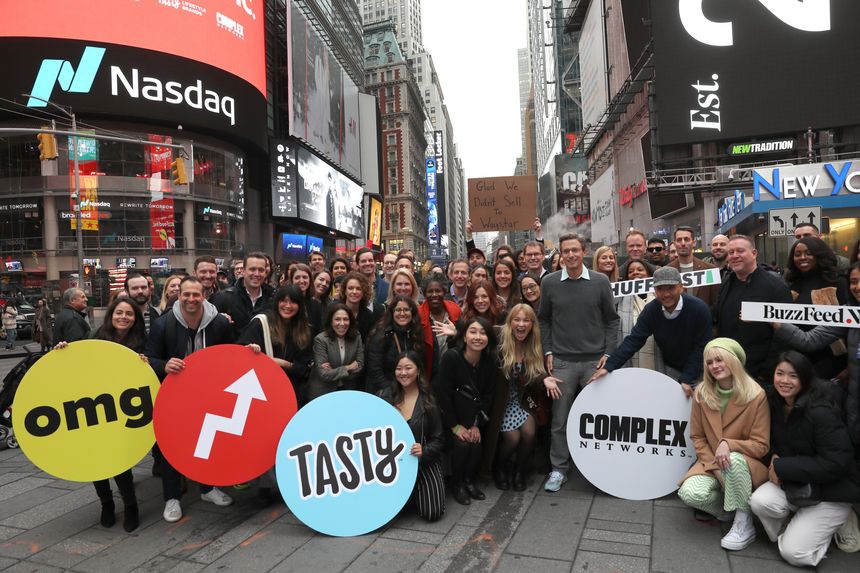 BuzzFeed Inc.’s stock plummeted 41% on Monday, shortly after a ban preventing executives and major institutional investors from selling their shares was lifted.

The plunge was the worst percentage drop in the digital-media company’s short trading history, and the its market capitalization has now shrunk by more than three-quarters since its December trading debut. BuzzFeed went public through a merger with special-purpose-acquisition company 890 5th Avenue.

A BuzzFeed spokesman attributed the volatility to the lockup period, which he said expired on June 1. He said the company had very low “float” and few owners of its stock — making it sensitive to extreme fluctuations when major investors sell.

Many companies going public have a lockup agreement in place for insiders preventing them from selling their shares until the end of a designated period. Such a move is typically intended to reassure investors that, at least initially, there will be no new large blocks of shares coming to market that might be a drag on the share price.

lost nearly 15% after the expiration of an investor-lockup period in December 2020.

BuzzFeed has grown in recent years through its acquisitions of HuffPost and Complex Networks, and the company was looking to raise funds for future deals by going public. BuzzFeed ended up raising much less money than expected from its public listing after 890 5th Avenue suffered a wave of investor withdrawals, The Wall Street Journal reported in December.

—Lillian Rizzo contributed to this article.