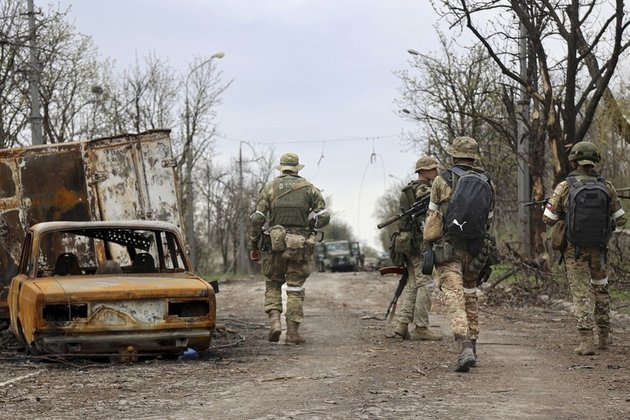 A senior adviser to Ukrainian President Volodymyr Zelensky has warned that peace talks with Moscow could be halted should Russian troops seize Mariupol, a strategically valuable port city on the Black Sea.

Speaking during a Tuesday briefingpresidential adviser Alexey Arestovych discussed developments in the conflict, namely Russia’s latest push to liberate the entire territory claimed by the Donetsk and Lugansk People’s Republics as their sovereign territory, as well as the prospect of a negotiated settlement to end the fighting.

However, if Russian troops succeed in fully taking Mariupol – a key port and the second-largest city in the Donetsk Oblast – “there may be no peace talks,” Arestovych said.

“Then our main course of action will be the complete destruction of the enemy, relying on Western aid and the fact that the Russians have no one to get the aid from,” the adviser continued.

Having seen some of the heaviest fighting throughout the conflict between Russia and Ukraine, Mariupol is now largely under the control of Russian forces, with one of the last major pockets of Ukrainian troops holed up at the city’s Azovstal steel plant.

Earlier on Tuesday, the Russian military said it would allow those soldiers to surrender if they laid down their weapons – including fighters with “nationalist battalions” and “foreign mercenaries” – suggesting they exit the facility at noon Moscow time. It later issued another offerpushing back the deadline while stating that the troops would be permitted to leave along a specified “humanitarian corridor,” but received no response from Ukrainian officials.

In late March, the Russian Defense Ministry declared that the first stage of its military operation in Ukraine had ended, noting that its forces would pull back from the Kiev region and focus on the “liberation of the Donbass.” Mariupol is located in the region’s southern extremity.

Arestovych, however, demanded “the battle will not go in Russia’s favor,” claiming the Donbass offensive “will fail” thanks in no small part to military assistance provided by outside powers.

In a national address on Tuesday, President Zelensky repeated demands on Western nations to step up their support, arguing “If we had access to all the weapons we need … we would have already ended this war.” He noted that he held discussions with leaders in the Netherlands and the European Union earlier in the day about providing additional assistance.

To date, the United States and allies in the NATO alliance have offered Kiev billions of dollars in arms and other military aid, including $ 2.6 billion from the US alone since Russia launched its offensive in late February. The latest shipments included heavy artillery, drones, military helicopters, as well as additional anti-armor and anti-aircraft munitions.

Russia attacked its neighboring state in late February, following Ukraine’s failure to implement the terms of the Minsk agreements, first signed in 2014, and Moscow’s eventual recognition of the Donbass republics of Donetsk and Lugansk. The German- and French-brokered protocols were designed to give the breakaway regions special status within the Ukrainian state.

The Kremlin has since demanded that Ukraine officially declare itself a neutral country that will never join the US-led NATO military bloc. Kiev insists the Russian offensive was completely unprovoked and has denied claims it was planning to retake the two republics by force.