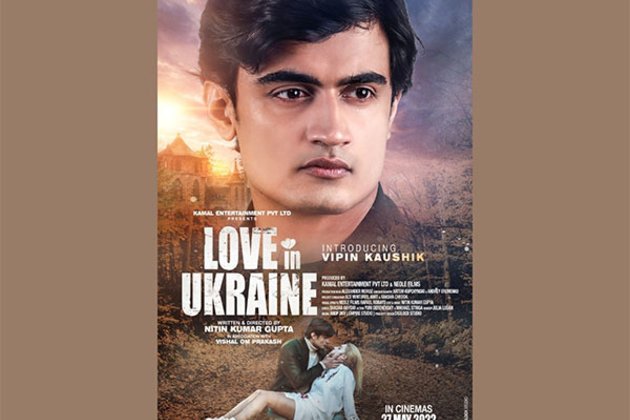 Mumbai (Maharashtra) [India], April 20 (ANI / PNN): In a nation where drama, thrill, and love stories are the most prominent parts of people’s lives, the supply of mushy and romantic content has to be high. Undoubtedly, Bollywood filmmakers have successfully entertained us with emotional, adorable, and heart-warming content. Bollywood has filled our brains with romantic scenes that helped us celebrate love most adorably. A refreshing take on love, romance, friendship and life, “Love in Ukraine” will be a DDLJ for our generation.

The film story is about an Indian Student falling in love with a Russian girl who has been promised to be married to a Mafia family; little do they know that their innocent one-night stand will escalate into an epic chase of violence, mayhem, and retribution.

The Love in Ukraine makers is planning a free release in Ukraine as a sign of love and solidarity from Indian filmmakers to the people of Ukraine. The film shows beautiful locations of Ukraine and people and culture, the city and the villages, from immediately before the war. Most of the cast and crew, including lead actress Lizabeta, are still in war zone Ukraine. Lizabeta is in Dnipro, where Russian bombs destroyed the airport. The film will be released by Vivek Films Production house and will hit the theater on May 27 2022.

This story is provided by PNN. ANI will not be responsible in any way for the content of this article. (ANI / PNN)