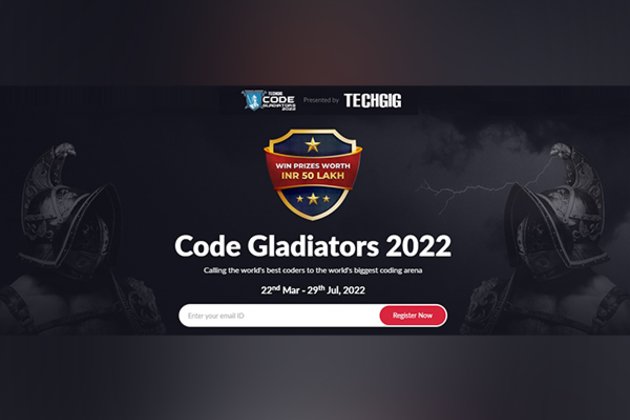 Code Gladiators 2022 has many industry-first offerings to encourage coding innovations. For example, developers can code in 56 programming languages, including the newer ones such as Java 11, Java 17 and TypeScript. The 2022 edition features one codeathon and four theme hackathons on new-age technologies such as the Artificial Intelligence, Machine Learning, Virtual Assistants and Azure Cloud service. The NTT DATA hackathon offers to solve healthcare challenges using Artificial Intelligence. In contrast, the Microsoft Azure hackathon is open for women developers only, encouraging them to devise coding-based solutions on the platform. The champions at each hackathon can win prizes worth Rs 3,50,000 each. There are a dozen other daily and weekly prizes to be won. Overall, Code Gladiators offers prizes worth Rs 50 Lakh and hiring opportunities with the participating companies.

Additionally, developers can practice last year’s problems on the TechGig website to be better prepared. The participants can take skill tests on 25 latest skills, including SQL, Machine Learning, Python, and AngularJS, at the site. They can generate their automated skill-based TG Pro profile for free, which states their industry-based skill score and helps them get shortlisted for jobs quickly.

Code Gladiators is an annual coding competition organized by TechGig – India’s most prominent technology community of 4.2 million software developers. The 2022 edition kicked off on March 22 and has garnered more than 50,752 registrations.

Speaking about their partnership, Ankur Dasgupta, Vice President – Marketing, Communications and CSR, NTT DATA Services, said “We are thrilled to launch the NTT DATA AI Hackathon with TechGig to seek out top talent in the global IT and ITES industry, and at the same time, foster students to imagine new possibilities through the use of emerging technologies. As the world has witnessed a need for better and more accessible healthcare, this event is an opportunity for tech enthusiasts across the globe to showcase their ideas and talent that will help make the world a better place. “Registration at Code Gladiators is free atThis story is provided by Mediawire. ANI will not be responsible in any way for the content of this article. (ANI / Mediawire)