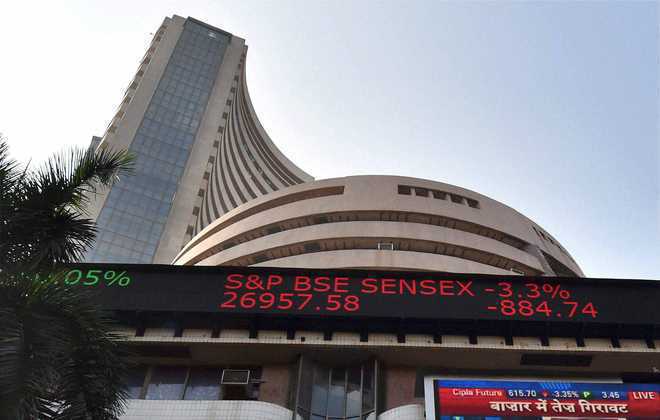 Equity benchmark indices bounced back on Wednesday after falling for five straight sessions, with the Sensex climbing 324 points in early trade, helped by recovery in Infosys and HDFC twins along with buying in Reliance Industries.

From the 30-share Sensex pack, Reliance Industries, Maruti, Wipro, TCS, Nestle, M&M and Infosys were among the early gainers. Both HDFC twins were also quoting in the green.

In contrast, Kotak Mahindra Bank, Bajaj Finance, IndusInd Bank and Larsen & Toubro were among the laggards.

Both the benchmark indices had closed in the red for the fifth straight session on Tuesday. Sensex had lost a hefty 2,984.03 points in five sessions while the Nifty shed 825.70 points.

“Traders will be taking encouragement as describing the Indian economy’s recovery from the Covid pandemic as distinct and pronounced. Finance Minister Nirmala Sitharaman exuded confidence about India posting robust economic growth this decade,” according to Mohit Nigam, Head – PMS at Hem Securities.

Meanwhile, in Asia, markets in Hong Kong and Tokyo were trading in the green in mid-session deals, while Seoul, Shanghai quoted lower.

Stocks in the US had ended significantly higher on Tuesday.

Foreign institutional investors continued their selling spree, offloading shares worth a net of Rs 5,871.69 crore on Tuesday, according to stock exchange data.