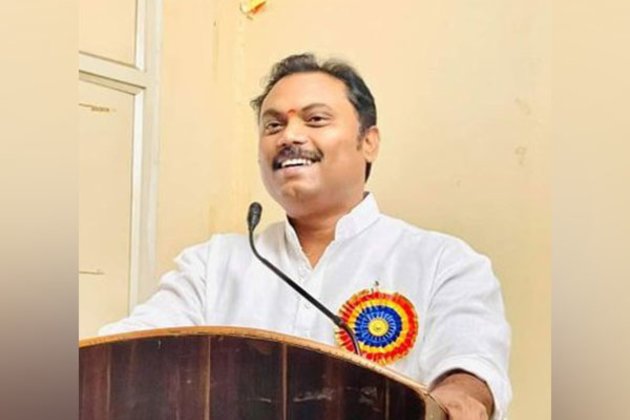 NCP spokesperson and NCP Youth President Ravikant Varpe has been served a prohibitory notice as he announced an agitation allegedly against BJP in the backdrop of PM Modi’s Pune visit today.

The notice has warned him and his organization to refrain from any such acts in the city as prohibitions of Section 37 (1) (3) of the Maharashtra police act are in place due to PM’s scheduled visit today.

In a tweet on Monday, the NCP leader wrote, “Pimpri Chinchwad’s BJP office bearers have put a bigger picture of Modi than Vitthal on the welcome flex of Prime Minister Narendra Modi at Dehu. I have been given notice under section 149.” am firm on my position. Our Vitthal is always bigger than Prime Minister Modi, “the NCP leader said in his tweet.

Earlier on Monday, the NCP functionary from Pimpri Chinchwad in Maharashtra demanded BJP’s apology over a hoarding which he claimed showed Prime Minister Narendra Modi’s image in a bigger size than Lord Vitthal.

Meanwhile, the Prime Minister is scheduled to visit Dehu on Tuesday to inaugurate the Shila temple of Sant Tukaram Maharaj.

In his day-long visit, PM Modi will inaugurate a temple dedicated to 17th-century saint Tukaram Maharaj in Dehu near Pune city and unveil the Gallery of Revolutionaries in Mumbai. He will also participate in ‘Dwishatabdi Mahotsav’ of ‘Mumbai Samachar’, a newspaper which has been published continuously for 200 years, an official statement said on Monday.

Taking to Twitter, Modi said, “I look forward to being among my sisters and brothers of Maharashtra tomorrow, 14th June. I would be attending programs in Pune and Mumbai.” (ANI)