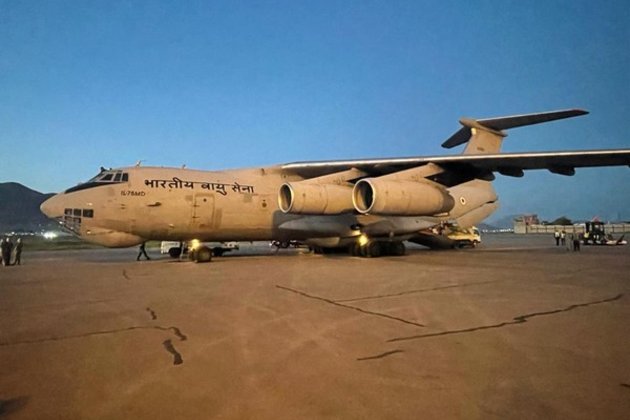 New Delhi [India]June 24 (ANI): In order to closely coordinate the efforts of various stakeholders for the effective delivery of humanitarian assistance, an Indian technical team has reached Kabul on Thursday and has been deployed in the Indian Embassy there, said Ministry of External Affairs in a press release.

“In order to closely monitor and coordinate the efforts of various stakeholders for the effective delivery of humanitarian assistance and in continuation of our engagement with the Afghan people, an Indian technical team has reached Kabul today and has been deployed in our Embassy there,” the statement read.

India has a historical and civilizational relationship with the Afghan people.

Recently, another Indian team visited Kabul to oversee the delivery operations of our humanitarian assistance to Afghanistan and met with senior members of the Taliban. During the visit, an assessment of the security situation was also carried out.

The longstanding links of India with the Afghan society and the development partnership between the two countries including humanitarian assistance for the people of Afghanistan, will continue to guide the approach going forward, MEA said.

In order to support Afghanistan, the first consignment of India’s earthquake relief assistance reached Kabul on Thursday. The consignment has been handed over by the Indian team to support the Afghan nationals affected by the earthquake, which will further be followed by another consignment.

“First consignment of India’s earthquake relief assistance for the people of Afghanistan reaches Kabul. Being handed over by the Indian team there. Further consignment follows,” official spokesperson, Ministry of External Affairs, Arindam Bagchi said in a tweet.

Retweeting Bagchi’s tweet, External Affairs Minister Dr S Jaishankar said, “India is a true first responder.” An earthquake of magnitude 6.1 shook parts of Afghanistan and Pakistan on Wednesday claiming more than 1000 lives. The earthquake struck in the early hours of this morning near the city of Khost in the southeastern part of the country with the most affected areas being in Spera District in Khost Province, and Barmala, Ziruk, Naka and Gayan districts in Paktika Province.Over this incident, India expressed condolences to the victims and their families impacted by the tragic earthquake in Afghanistan. India said it remains committed to providing assistance and support in this hour of need.The disaster comes as Afghanistan continues to struggle with a severe economic crisis since the Taliban took over, as US-led international forces withdrew following two decades of war.A UN agency said Afghanistan had asked humanitarian agencies to help with rescue efforts, and teams were being dispatched to the quake-hit area. (ANI)