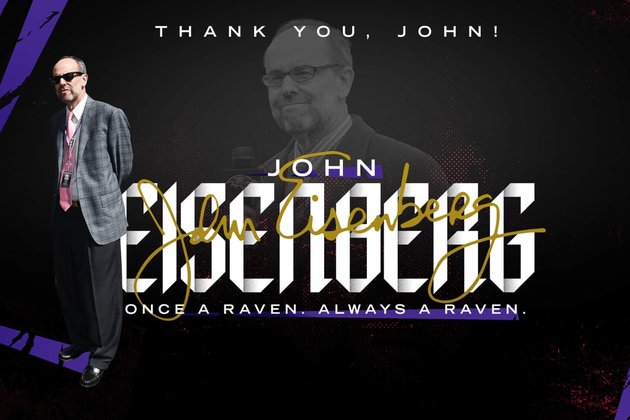 Eisenberg: Time to talk to others

Baltimore Sun brought me to Charm City, when the city was experiencing highs and lows of sports. The Colts recently moved to Indianapolis. The Orioles recently won the World Series.

When I started, no one expected Baltimore to adopt another NFL franchise in the 1990s and celebrate two Super Bowl victories. No one could have imagined how long it would take for the Orioles to return to the World Series.

Sure, it is impossible for readers to imagine the future of using my articles on their phones.

My first day at The Sun, I had to take physically. (I told you it was a long time ago.) When I removed my skewes, the doctor, who had a vague resemblance to Albert Einstein, clenched his fists as if he wanted to hit me.

“Do not you dare write anything about that $% irse!” He cried referring to the villain who moved the Colts to Indiana on a snowy night.

I assured him that I would not do it for fear of what he would do if I did not answer.

My interaction with him is a sign. For the next 38 years, Baltimore and its sports scene provided me with a unique and endlessly rich set of characters – characters I will never discover, events I will never dare to miss.

Deleting my character opinions, which, for better or worse, rooted me as a character in the local structure, as someone who accepts and disagrees. I never saw it as anything other than a privilege. But with this column, I am retiring from my job with the Ravens.

I could not finish writing. I’m working on a book about the history of black quarterbacks in the NFL, which will be released in 2023.

I’m not even going anywhere. My wife and I are fortunate to have two children and a grandson living in Baltimore.

But before I came to Baltimore, I wrote daily sports for 43 years, including my time with a newspaper in my hometown of Dallas, Texas. It’s time to let someone else talk.

“Are you going to capture everything in your last column?” Someone recently asked if I knew my watch would tick.

Well, let me start with this: I’m lucky. During the years of newspaper fame, I had a great job when they sent reporters and columnists around the world in pursuit of stories.

I lived in those days, covering the World Series, the Super Bowl, the Kentucky Derby, the Masters and the Prix, as well as the Golf British Open at Wimbledon, England and Scotland, and the Olympics again in France, Norway, Canada and Australia.

My wife cried on the way home from my assignment to cover the Soccer World Cup in Italy, where I was in a villa in Tuscany because she (correctly) thought we could never top it off, it was like being in the Hemingway novel.

But the heart of the job is covering home teams, day after day, year after year, forming more memories than I can count with talented friends and colleagues in the press boxes and newsrooms.

You wake up knowing that your words are being used, considered and discussed – everything a writer would ask.

One day in 1995, Rush Limbaugh left me for the first 22 minutes of his radio program because he heard virtually false data that his producer was trying to put aside Ripken’s series, and I dared to call them.

“That guy will never get out of Baltimore!” Rush cried.

He got it right.

But it would be a mistake to think that I was lucky enough to spend the rest of my career in Baltimore. It started as a place to work and ended up as a home that embraced me and my family. When I wrote about my father’s death, I received mourning notes from hundreds of strangers.

Then I was lucky again. The media workforce is shrinking, especially for journalists my age, but as I’ve got a role with the Ravens’ outstanding digital media staff, I can move forward and finally, my words are still being utilized, considered and discussed.

To the Ravens, from top to bottom, thank you. And to anyone reading, thank you.

I still have a lot of opinions (as you may have noticed), and I guarantee my social media will not go dark. There is also a chance that my byline will pop up again – I have learned not to count anything.

However I look forward to spending some more time at the stands than at the press boxes at M&T Bank Stadium and Oriole Park in Camden Yards. If you need to see me, please say hello. Otherwise, if you want to reach me, I will be with my granddaughter at the zoo.