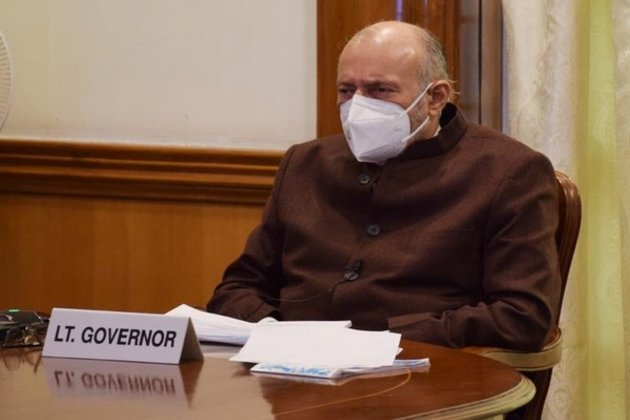 New Delhi [India]April 16 (ANI): Delhi Lieutenant Governor (LG) Anil Baijal on Saturday condemned the incident of violence and stoning in Jahangirpur and said it was unfortunate and the evildoers would not be left behind.

Kejriwal tweeted that LG had assured him that all measures would be taken for peace and security.

“We have spoken to LG. We are taking all measures for peace and security and he has assured that the culprits will not be left behind,” the chief minister said.

According to the official statement, LG appealed to the public to exercise restraint and co-operate with the police in maintaining law and order.

LG urged the Delhi Police Commissioner to deploy forces in all other identified sensitive areas and areas of the city and to ensure mobile patrolling and surveillance under the direct supervision and responsibility of senior officers.

“He ordered the police to provide all possible assistance to the wounded civilians as well as the wounded police personnel,” the statement said.

Clashes erupted in the Jahangirpuri area of ​​the national capital on Saturday evening after a stoning incident took place during a religious procession.

Some were injured, including two policemen. Delhi Police has set up heavy security in the area.

“We have deployed additional forces at the scene. In addition, special deployment has been made in sensitive areas across Delhi. Two policemen have been injured and we will take strict action against the culprits,” he told ANI.

Kejriwal also condemned the violence and appealed for peace.

“I urge everyone to keep the peace so that the country does not progress without peace. The onus is on the central government to maintain peace in the nation’s capital; I urge the people to keep the peace,” he said.

The day before, the Delhi Chief Minister was attending a function in the national capital on the occasion of Hanuman Jayanti. (ANI)