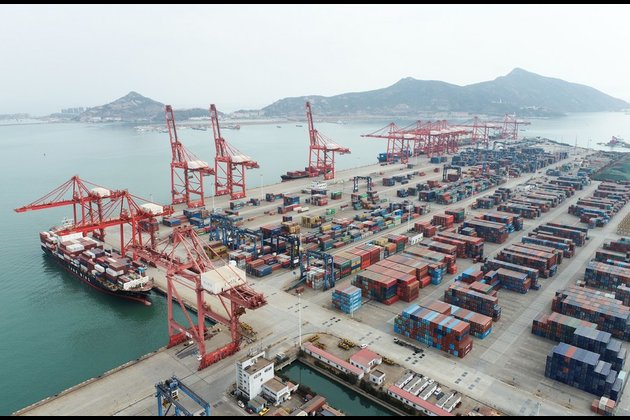 BEIJING, April 13 (Xinhua) – China’s foreign trade continued its growth trajectory despite increasing internal and external challenges and risks in the first quarter of 2022.

The country’s total imports and exports grew by 10.7 percent year-on-year to 9.42 trillion yuan in the first three months, the General Administration of Customs (GAC) said on Wednesday.

In US dollars, total foreign trade reached US $ 1.48 trillion during the period, up 13 per cent year-on-year, data showed.

China’s imports and exports with its major trading partners – ASEAN, the European Union and the United States – gained 8.4 percent, 10.2 percent and 9.9 percent in the first three months of the year, respectively.

China’s trade with belt and road countries rose 16.7 percent to 2.93 trillion yuan in January-March from a year earlier.

Trade between China and the other 14 members of the regional integrated economic partnership grew 6.9 percent year-on-year to 2.86 trillion yuan, during which time China accounted for 30.4 percent of total foreign trade.

Li attributed the steady growth in China’s imports and exports to the country’s resilient economy and increasing global demand for Chinese goods in the midst of the recovery.

“The overall recovery trend of the global economy will not change and global demand for Chinese products is still expanding,” Li said.

Government preventive measures have also helped to stimulate and strengthen the resilience of market entities dealing in foreign trade, with the number of firms engaging in foreign trade in the country increasing to 432,000 in the first quarter of the year, Li said.

“China’s foreign trade made a steady start in the first quarter of the year, laying a good foundation for surpassing the overall year target,” Li said.

He warned that the country was facing multiple challenges and losses, high base from last year, as well as some “sudden internal and external factors exceeding expectations” and more efforts should be made to achieve the target.