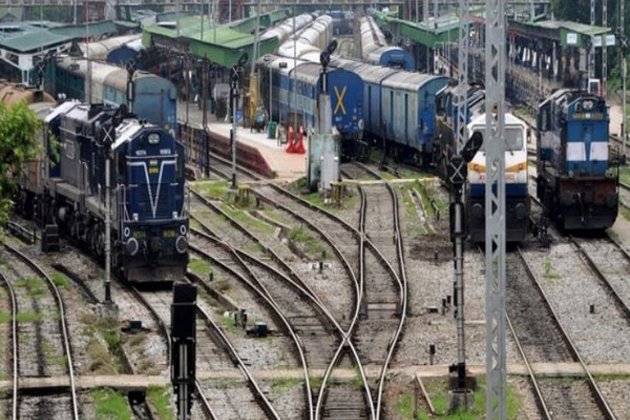 Chennai (Tamil Nadu) [India]June 20 (ANI): In view of the proposed Bharat Bandh and to safeguard the security of passengers, the Railways on Monday decided to restrict the issuance of platform tickets at all stations under the Chennai division of the Southern Railway.

“In view of the proposed Bharat Bandh and to safeguard the safety and security of passengers, the issue of Platform tickets is restricted at all Railway stations over Chennai division of Southern Railway, until further orders,” said PRO Chennai Division.

Passengers and the general public are requested to kindly co-operate with Railways in upholding the safety of rail users and Railway property, it further added.

Meanwhile, over 80 trains have been canceled and massive traffic jams are being witnessed across Delhi-NCR on Monday as some organizations have called for a “Bharat Bandh” to mark their protest against the Agnipath recruitment scheme unveiled by the Central government last week. This comes a day after Tri-service chiefs ruled out the withdrawal of the scheme.

The commuters in the national capital experienced difficulties in commuting as heavy traffic jams were reported in various parts of the city including at Delhi-Gurugram expressway as Delhi Police installed barricades at various checkpoints in wake of the Bharat Bandh against the Agnipath Scheme.

Precautionary measures are being taken at various railway stations in many states as several stations were vandalized and many trains were set ablaze by agitators.

Over 80 trains have been canceled on Monday amid the protests in various parts of the country against the new recruitment scheme in the Armed Forces.

Train services of the Western Railway zone were affected yesterday as well.

Security has been beefed up in several states on Monday amid protests against the Center’s new Agnipath recruitment scheme.

States including West Bengal, Bihar, Jharkhand and others have increased security, considering the widespread violence that happened last week as thousands protested against the Center’s decision.

“Police force has been deployed at multiple locations. We are ready to tackle any kind of situation that may arise. We also urge the youth to not get involved in any untoward activity,” Anupam Singh, DCP North, Howrah told reporters.

In Delhi’s neighboring areas Faridabad and Noida, Section 144 of the Code of Criminal Procedure (CrPC), which prohibits the assembly of four or more persons, has been imposed.

Heavy traffic jams on the Sarhaul border had also been witnessed at the Delhi-Gurugram expressway as Delhi Police began checking vehicles in wake of the Bharat Bandh protest.

Earlier today, passengers at Gorakhpur Railway Station were troubled after trains got canceled amid the Bharat Bandh call. “We have been waiting for three to four hours. When we checked train status last night, it didn’t say cancellation, but on reaching there we found out about it,” they told media persons.

On the other hand, all the schools in Jharkhand will remain closed today. “JAC exams for class 11 were scheduled for today. New dates will be announced for today’s exams,” Sister Mary Grace, Principal, Ursuline Convent School and Inter College told ANI.

According to an official order by the district administration, schools in Bihar’s Muzaffarpur will also remain shut today.

In Rajasthan’s Jaipur, prohibitory orders under section 144 have been imposed from 6 pm on Sunday till midnight on August 18 in the view of the possibility of disturbance to law and order due to the protests.

Punjab Police’s ADGP Law and Order has directed the CPs and SSPs across the state to be on alert and asked them to monitor the activities of social media groups which are actively mobilizing or spreading instigating information about the scheme.

Meanwhile, the train services of the East Coast Railway zone were affected amid protests in various parts of the country, informed the railways’ officials on Monday.

It further informed that as many as 71 Delhi area-bound commuter trains (including return services) have also been dismissed today in the wake of the protests against the Center’s Agnipath recruitment scheme.

On Sunday, train services of the Western Railway zone were affected amid the protests in various parts of the country against the new recruitment scheme in the Armed Forces. The train services had cancellations, partial cancellations and a few diversions of trains.

As the protests continue, a senior Army officer on Sunday clarified that the scheme will not be rolled back and said that it is “only progressive step to make the country young”. (ANI)