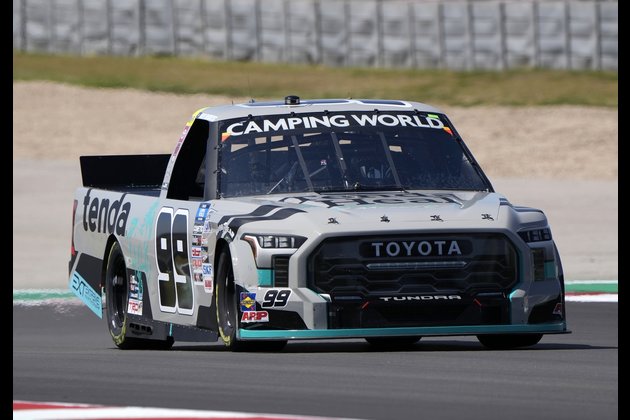 Bristol, Ten. – Overcoming a mistake in communication, Ben Rhodes leaps to the front lap in Saturday’s Pinties Truck Race on Dirt and grabs the NASCAR Truck Series victory from runner – up Carson Hossawar.

Rhodes, a circuit and defending series champion after a final restart of 150 lap 146, buried his No. 99 Thorsport racing Toyota in Turn 1, while third-placed John Hunter Nemechek slipped out and dived into Hosevar. To take the lead.

At the end of the first phase on Lap 40, Rhodes atoned for the dramatic charge of success for failing to bring his truck to Pitts after missing the entrance to Pit Road. Had to go into the pit after winning Stage 2, Rhodes resumed 13th in Lap 91 and advanced with four cautions in the final 60-lap stage.

“My staff gave me such an amazing tundra this weekend, I will not disappoint them,” said Rhodes, who led 95 laps and won the first two stages on his way to his first win of the year and his sixth. His career. “I had to go back there and get back in place. I’m really proud to see all of their efforts.”

Rhodes and Josever were the only two drivers to be credited with leading laps. No. 42 Nice Motorsports Chevrolet driver took the top spot after finishing fourth on Lap 91 and held it until Rhodes crossed him for victory.

Looking back, Josever said he could have done a much better job against the decisive pass.

“Breaking the pie or crashing him,” Josever said of his alternatives. “I hate to say that, but it’s part of this racing, right? I could not compete with him. He has good (fresh) tires, and he’s the fastest truck all day. I’m trying to catch up.

“He did me a slide-job, and I had to prepare for it, cross him and race him very hard. The second just sucks. It’s very scary, especially being close.”

The race marked the NASCAR National Series debut of USAC National Midget Champion Buddy Cofoid, who finished 32nd after warming up his No. 51 Toyota during the first qualifying heat of the afternoon.

When Rhodes tried to get inside the truck in the battle for fourth place on lap 139, Cofoid ran into third height before spinning in Turn 2, bounced into Rhodes Corner and slid that way. The top of the track.

Collected in the next debris is Ty Majeski, who failed a potential top-five attempt and Derek Cross.

The race also got a weird taste.

On Lap 96, Austin Wayne nudged the Chevrolet of Hard-Luck after Matt Dibenedetto’s self-pass. Silverado’s front bumper of the shelf was locked with a bumper behind Dibenedetto’s ear and the two drivers could not separate them.

It took a red flag and some track workers to separate the trucks. The incident ruined the race for two drivers, but a subsequent restart on Lap 106 eventually led Rhodes to victory. By the time he took care again on Lap 112, he had finished fifth and was well ahead.