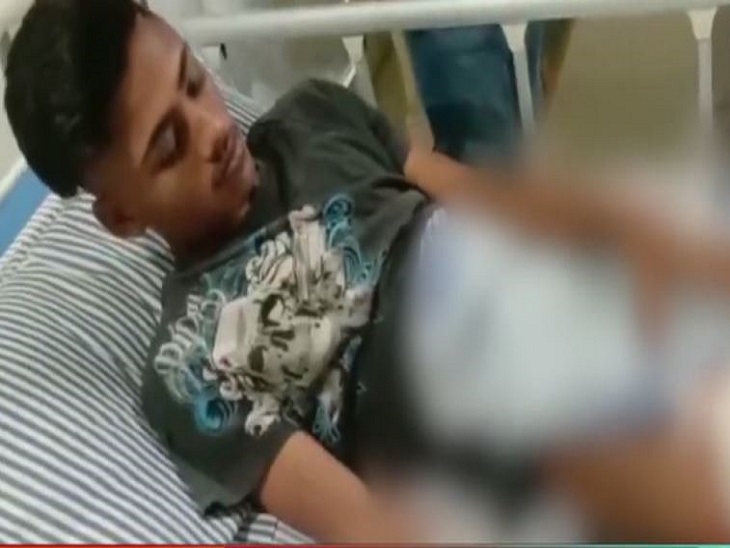 Bullets fired again in Jalandhar: Enmity firing on a young man going to bring his younger brother from school in Puranpur, Talhan, shot in the leg

Criminal incidents are happening continuously in Jalandhar. One case is not settled now that the next day another incident comes to the fore. Just yesterday, one of the bullets fired during the gang war in Jalandhar had hit the leg of a person going with his family. Now a new case has come up in Talhan. Due to mutual discontent here, motorcycle-borne youths opened fire.

On Saturday, the incident of firing took place near Dhanoa Palace at Puranpur Gate in Talhan. Bhubaneshwar (18) of Talhan had gone to pick up his younger brother from school. When he was returning from school with his brother, three youths on a motorcycle approached him. He first took out abuses on Bhuvneshwar. When Bhuvneshwar protested, he got down on the fight. Meanwhile, one of the youths who attacked took out a pistol and started firing. In the firing, Bhuvneshwar tried to escape but still the bullet hit him between his stomach and thigh. The youths who opened fire have been identified. The injured Bhuvneshwar told that he had a fight with Jatin and Gabbar, residents of Dakoha. He had brought another friend of his on a motorcycle.

After the firing, people gathered there. He immediately called the police and explained the developments. People picked up the injured Bhubaneshwar and took him to a private hospital. As soon as the information was received, the police also reached the spot and started searching the CCTV cameras installed in the area. Meanwhile, DSP Harjinder Singh Gill told that the firing incident happened due to mutual enmity. There was some dispute among the youths. But where did the youths get the pistol from, it is a serious matter that the police will investigate till the end. He said that after registering a case on the statement of the injured, next legal action has been started.